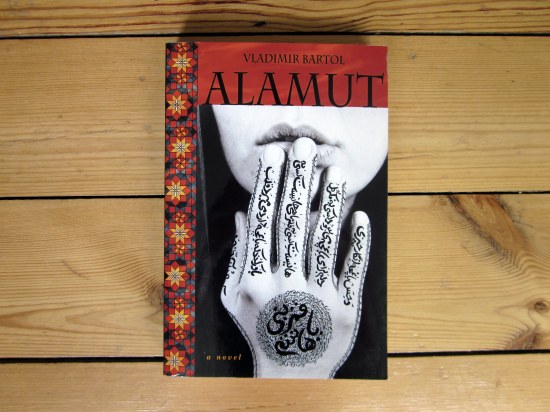 Some books stay with you. Slovenian writer Vladimir Bartol’s Alamut is a good example. It was recommended to me back in February 2013 by oblakales, who left a comment saying that ‘If you’re fond of historical novels I would strongly recommend the novel Alamut by Vladimir Bartol. I think it’s the most widely translated Slovenian novel. It’s about a group of soldiers in medieval middle east and the entire novel serves as an allegory of Fascism in Europe.’

I have to confess I’m not overly fond of historical novels, however I try to keep an open mind about these things and so, when I was rooting through blog visitors’ comments for new things to read early last year, I resolved to get myself a copy. I did this partly because I liked oblakales’s enthusiasm and partly because English translations of Slovenian novels are pretty thin on the ground. Given how unusual the novel I’d read from Slovenia during my quest was, I was curious to see what else the nation’s literature had in store.

As I had been with Luka Novak’s The Golden Shower or What Men Want (trans. Urška Charney), I was in for a surprise. When I started to read Alamut, I found myself plunged into an entirely unexpected world: an 11th-century Persian fortress, where the leader of an Islamic sect has come up with an ingenious and disturbing strategy for brainwashing his soldiers (or fedayeen): recreating paradise on earth.

A second surprise came when I started to research the book. Not only was the novel the most internationally renowned of Slovenia’s titles, as oblakales had suggested, but it was also the inspiration for the hit computer game Assassin’s Creed.

This was not what I might have expected from a Slovenian novel published in 1938 on the brink of the second world war, but it was intriguing. I read on, absorbed, finished the book and moved on to the next title on the to-read mountain.

In the months that followed, however, I found the story surfacing again and again in my mind. When the Huffington Post invited me to share some reading recommendations, I included it in my list. When I was invited to contribute to Literary Wonderlands: A Journey Through the Greatest Fictional Worlds Ever Created, a book about imaginary dystopian societies being published by Hachette this November, I decided to write about the nightmarish, yet weirdly alluring fortress of Alamut.

Then, when I was pondering which title to feature this month, the novel popped up again. ‘Pick me! Pick me!’ it seemed to whisper from the stack of books heaped above my desk. I could tell by the way it looked at me that if I didn’t write about it, I would get no peace. And so, here goes…

There’s no question that the staying power of Bartol’s novel is the result of its rich, engrossing and terrifying world. Home to ‘an experiment in altering human nature’, the fortress allows its author to test human nature to its limits. As its frighteningly persuasive ruler probes and manipulates the desires of the youths under his control, steeling them to fight to the death, we witness the mechanisms of radicalisation first hand.

This is especially striking because, at the same time as laying bare Sayyiduna’s sinister methods, Bartol reveals how enticing his ideology is. He does this by showing it to us initially through the eyes of two newcomers, harem initiate Halima and aspiring warrior ibn Tahir. From their perspective the fort is, at least at first, a place of intrigue and delight. Wandering through its secret tunnels with them, discovering all the twists in Sayyiduna’s terrible scheme, we are at once charmed and appalled. Alamut (the book and the place) is a marvellous creation, in which we luxuriate, lulled by Bartol’s lavish descriptions and masterful use of suspense, reading on in spite – or perhaps because – of the unease that seeps through the cracks. Radicalisation, we learn, is at its most terrifying when it wears a smiling face.

Small wonder then that oblakales – along with many others – reads the novel as an allegory for the Fascism that was sweeping Europe at the time its author retreated to a mountain hideaway to write. And it’s little surprise, too, that others have found elements of the story echoed in Tito’s Yugoslavia and the Balkan war. No doubt, many 21st-century readers in their turn will identify parallels with other forms of ideological coercion and control exerted over impressionable young people today.

The fact that we can read the novel in so many ways points us towards its central message: more frightening than any particular ideology is the human willingness to follow charismatic rulers unquestioningly. As Sayyiduna recognises, his power consists in the fact that ‘people wanted fairy tales and fabrications and they were fond of the blindness they blundered through’.

Ultimately, this is a book about the power of stories to control and remake us. There can be few themes more calculated to obsess a writer than that. 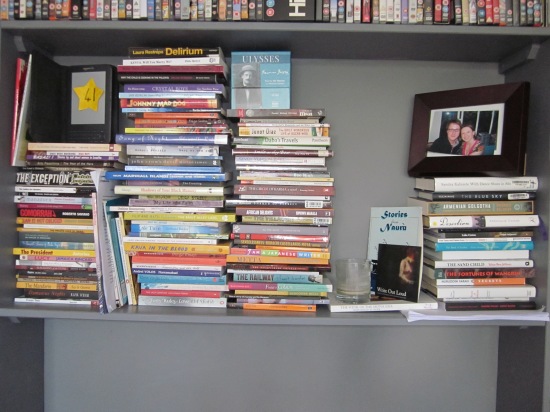 Guernica Press may not have been able to help with my Latvian query in time for the end of the year, but it came up trumps for Slovenia. As Mike explained when I emailed to ask about Nora Ikstena’s work, the company was just in the process of publishing a novel by Slovene author Luka Novak. It was called The Golden Shower or What Men Want – would I be interested in seeing a copy?

Not only was the title intriguing (if a little disconcerting), but Luka Novak sounded like quite a character in his own right. The co-host of a popular Slovenian TV cookery show and programme director of the Slovenian Book Fair, he ran a publishing house for 20 years, as well as launching what is apparently Eastern Europe’s first ever concept store. He also ran for Mayor of Ljubljana in 2006, speaks six languages, and has translated 20 books, including Julian Barnes’s Flaubert’s Parrot, into Slovenian.

Phew. I had to see what this one-man cultural extravaganza’s novel was like.

The book starts when a middle-aged psychiatrist and his younger actress girlfriend arrive in Provence, France, for a holiday, which he intends to spend writing a book of cultural essays. It’s not long, however, before their plans start to go awry and the couple, along with Orada, the doctor’s Bosnian masseuse neighbour back in Ljubljana, and a German mythology professor, find themselves caught up in a covert cultural, religious and political movement that aims to take over and remake the world in its own image.

Novak is great at making his characters reveal their inconsistencies through their actions and the stories they tell about themselves. From the brilliant portrait of procrastination in the early chapters, where the psychiatrist is always on the point of sitting down to write his essays but finds himself forced to seek refuge in glass after glass of rosé, to the constant shifting of ground that characterises his arguments with Larisa – during which the pair wander miserably around picturesque French towns, neither getting to do what they want to, with the fact of their childlessness only a Freudian slip away – the novel is full of instances of self-deception and people interacting at cross purposes.

This is helped greatly by Novak’s witty voice. Whether his characters are asserting the opinion that ‘in Ljubljana they’re incapable of making a coherent croissant’ or expressing home truths about the Bosnian War there is a pithiness to his writing that makes for absorbing reading. This is coupled with a series of great cameo characters. I particularly enjoyed the German couple at Ducasse’s country inn, who have planned out every minute of their holiday, barring the ‘five percent spontaneity they generously afford themselves on every trip’.

The humour is important because it buys Novak considerable slack when the narrative rises into the realms of the surreal, tugging at its moorings like a hot air balloon. Watching the plot move into farce after 80 pages or so – with kimono-sporting monks, religious SWAT teams, gender-morphing musicians and the President of Slovenia all dropping in under the watchful eye of the mysterious aesthete, Contractor – is disconcerting and would no doubt be off-putting if the novel weren’t so enjoyable to read.

The same is true of the clamour of philosophical and religious references in the narrative. These centre around Contractor’s desire to reconstruct religious tableaux for the modern age in an effort to create what is variously described as ‘a commercial for a better world’, a ‘pornographic invitation to rebellion’ and the basis for the ‘alteration of people’s very sensibility’. The whole thing might be unbearably pretentious in another writer’s hands, but in Novak’s it’s quirky, intriguing and odd.

That said, the book is not without its frustrations. Even with the general rule of thumb (broken occasionally with the story of the German mythology professor) that the chapters alternate between the experiences of the psychiatrist and Orada, it’s often hard to know where you are. I spent the beginning of several sections straining to catch a familiar reference so that I could work out who I was reading about – a tricky extra complication when you’re dealing with a plot that embraces randomness. In addition, there are some abrupt shifts that leave us scrabbling to catch up. In one paragraph, for example, Orada is watching the Venezuelan police seize an accomplice on the beach; in the next, Contractor is stopping his motorbike in some woods. It’s left to us to infer that Orada hopped on behind him.

All in all, though, this is an enjoyable and surprising novel. No doubt the plot and the subject matter will be too wacky for some readers, but if you give yourself over to it, the narrative sweeps you along, delivering a good helping of insights, thrills, spills and laughs along the way. Apparently, Novak is working on a second novel, this time about the mysterious death of an eccentric pianist-performer in 1980s Paris. I’m intrigued to see what that will entail…