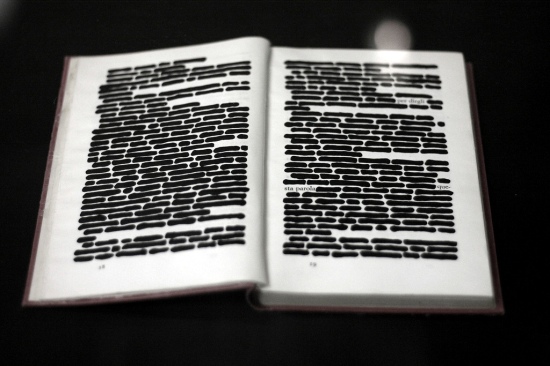 A controversy in New Zealand has this month brought the issue of banning books to many bibliophiles’ attention around the world. At the centre of the storm is Ted Dawe’s award-winning Into the River, a Young Adult novel that follows a Maori teenager who wins a scholarship at an exclusive Auckland boarding school.

The book has been out for two years, but on September 3 it was withdrawn from bookshops and libraries after a Christian group objected to its sexually explicit content and portrayal of drug use. While New Zealand’s Film and Literature Board of Review decides whether or not to issue a permanent ban, any company caught distributing the book in the nation faces a fine of up to NZ$10,000. It is the first time a title has been restricted in this way in the country for around two decades.

As censorship was a big issue I encountered during my year of reading the world, the story threw up several interesting points for me. The first was the curious and counter-intuitive effect that bans like this tend to have in much of the English-speaking world. Although such steps are rare in New Zealand, there have been attempts to restrict certain titles in other Anglophone nations in recent years, with the Harry Potter books, To Kill a Mocking Bird and even The Diary of Anne Frank drawing challenges.

What’s interesting about such episodes is that they almost invariably result in precisely the surge of publicity and sales that these works’ opponents would most like to avoid. Although NZ librarians reported borrowing rates for Dawe’s novel dropped when it was first given a warning sticker in December 2013, the latest events have brought Into the River international renown. My first action on hearing about the ban was to order a copy – something I would probably not have if the book were freely available, given that it is aimed at teenage boys.

Granted, the restrictions on distribution may hamper sales inside New Zealand in the short-term, but the widespread media coverage will fix Dawe’s name in many minds for a long time to come and will no doubt drive sales of his other titles, whether Into the River returns to the shelves or not.

The second thought for me was how sharply this situation contrasts with the issues facing authors working in many other languages and under much more restrictive regimes, where the media does not have the ability to challenge similar decisions and hold authorities to account in the same way. Throughout my project, I came across a number of writers whose careers had been stunted and sometimes cut short by often brutal attempts to limit their freedom to write what they felt they must.

When I researched my book Reading the World, I interviewed several of them at length, in particular Uzbek writer Hamid Ismailov and Turkmen writer Ak Welsapar. They had both been forced to flee their home countries in fear of their safety and even their lives.

As they explained to me, rebuilding your career in another language is a huge challenge for an exiled author. Welsapar, who now lives in Sweden, even went so far as to call it a tragedy – not surprising when you consider that the unpublished translation I read of his novel The Tale of Aypi remains without a publishing deal, despite it being the first book ever translated directly from Turkmen into English.

More than 20 years after they fled their homelands, Ismailov and Welsapar have nevertheless made admirable progress. Ismailov has had several works published, most recently his acclaimed novella The Dead Lake,  and was writer in residence at the BBC World Service for several years. Meanwhile, Welsapar has been published in Swedish and Russian, and he was the Turkmen poet at Poetry Parnassus, a cultural event organised to complement the London 2012 Olympic Games.

I was particularly delighted that both writers had short stories featured in the summer 2015 issue of the excellent Index on Censorship magazine.

For Welsapar this represented almost the first prose work he has ever had published in English. Not comparable to the worldwide attention Ted Dawe’s novel has received over the past few weeks. But at least it’s a start.

A frequent dilemma when you’re trying to read a book from every country in the world is deciding which of the many perspectives in each nation to choose literature from. This is particularly tricky in the case of states that ban books on certain topics or viewpoints and so have two literatures: the official stories and the books released underground or outside, away from the reach of the law enforcers.

The journalist in me tends to be drawn to the illicit, banned books, partly because they’re more intriguing but also because I tend to assume that they will somehow be more authentic and truthful. However, as I found with my North Korean book (My Life and Faith by ardent patriot Ri In Mo), this tendency to favour marginalised voices over the official line can have the paradoxical effect of excluding the authorized stories and making them the ostracized, radical accounts on the world literature stage.

But what about a book written with a view to mainstream publication in the author’s home country but banned at the last minute? That was the situation Hamid Ismailov faced when the Uzbek translation of his Russian-language novel The Railway was due to be published in Tashkent. The first half of the novel had already appeared in a journal in 1997 when the Uzbek government, jumpy about the work’s irreverent attitude to authority, pulled the plug.

The book spans the first 80 years of the 20th century and is set in the small town of Gilas, a settlement on the old Silk Route and now a stop on the railway line ploughing its way across Central Asia. Presenting a portrait of the myriad narratives woven through this remote backwater, which has seen Uzbeks, Russians, Persians, Jews, Koreans, Tartars, gypsies, mullahs and Bolsheviks pass through and make their marks, it bombards the reader with a host of extraordinary, grotesque and often hilarious tales. There are the pregnant twins in a race to give birth after a town official promises to marry the first-born’s mother, the landowner bankrupted by paying off his pugnacious son’s blood debts, the Kirghiz teacher driven to absurdity by his desire to fit in and the orphaned boys who assume prominent positions in the town’s music scene despite one of them being deaf.

Translator Robert Chandler describes his work on the book as being like ‘restoring a precious carpet’ in his excellent preface and it’s easy to see why. Not only is the book structurally elaborate with a cast of more than 100 named characters, but it is linguistically and culturally complex too. Labyrinthine sentences thread themselves through clause after clause, teasing the reader with puns, digressions and asides, and the narrative bristles with references to events, ceremonies, bureaucratic formalities and rites of passage that will be unknown to most Western readers.

At its best, the humour and brilliance of this chronicle of ‘the inhabitants of Gilas: that lost and ill-assorted tribe of the debauched and depraved’ shines through. The puns are witty and the narrative glitters with insights – in particular it presents us with a ruddier and much more jovial face of Islam than we are used to seeing in the West.

Chandler manages to smuggle a lot of the linguistic jokes across in one guise or another. The scene early on in the book, for example, where Ivan the train driver misunderstands Umarali’s prison Russian and gives him fuel instead of alcohol is great.

However, there’s no denying the fact that this book is hard work. Even with the list of characters and Chandler’s end notes, it’s impossible to keep track of everything and everyone, at least on a first attempt. At times reading it felt like being at a lively party where people batted around in-jokes I could only half understand.

The narrative expresses this sense of being on the outside looking in too. One of the most striking moments in the book, where a nameless boy blows a kiss to an unknown girl on a passing train, evokes a sense of extreme  wistfulness.  For this book, shut out from the readers who would appreciate its subtleties without referring to the footnotes, it seems a powerful metaphor: a connection attempted but somehow missed.

The Railway by Hamid Ismailov, translated from the Russian by Robert Chandler (Vintage, 2007)