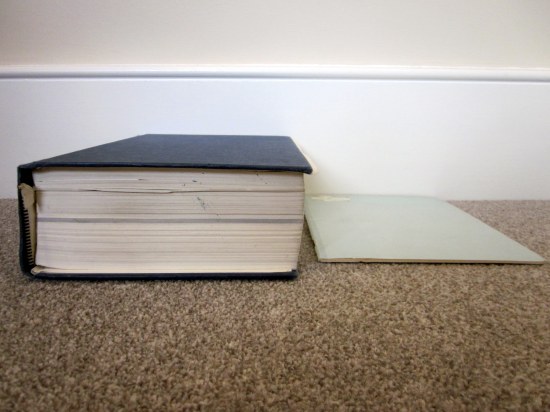 Book titles containing the word ‘life’ can often be deceptive. Hanya Yanagihara’s award-winning A Little Life, for example – which you might expect to be rather modest in length – tips the scales at 737 pages.

It’s perhaps fitting, then, that bestselling Austrian author Robert Seethaler’s A Whole Life, translated by Charlotte Collins, skews the other way. Played out in a mere 161 sides, this slip of a novel weighs little. However, as I discovered a few weeks back, it leaves a lasting impression.

The premise is simple: the narrative presents the life of Andreas Egger, a manual worker living in the Austrian Alps over the course of much of the twentieth century. Told largely chronologically, with occasional flashes forward and backwards to illuminate particular events, it reveals the joys and losses that shape an individual who is, on the surface at least, unremarkable.

In the absence of the grabby hook so often required to sell books to big English-language publishers these days, it falls to Seethaler’s writing (and Collins’s translation) to make the novel stand out. This they do in spades. Although it gets off to an uneven start, seeming to pitch us into the realm of the uncanny with its portrayal of Egger’s weird encounter with his reclusive goatherd neighbour, the narrative quickly assumes a serenity as majestic and awe-inspiring as the mountains among which it is set.

There is a lovely reticence to the work. For the most part, the story is conveyed in plain words with the occasional detail, such as the peening anvil used to dispatch a wounded dog, keeping the story grounded. Against this spare linguistic backdrop, occasional descriptive flourishes peep out like edelweiss blooms: the priest whose cassock flaps ‘around his body like the dishevelled plumage of a jackdaw’; the shell-fire blossoming ‘like blazing flowers over the mountain crests’.

There is also humour. In particular, a wry tone suffuses the portrayal of many of the hardships of Egger’s early life, almost as though it has been filtered through the gossip of relatives and neighbours. Take this description of the death of Egger’s mother: ‘she had led an irresponsible life, for which God had recently punished her with consumption and summoned her to his bosom.’ The distance and lightness at work here give the central character a complexity and dignity where another author might have been tempted to make him simply pitiable.

Seethaler’s confidence in allowing tiny observations to bear the weight of great events, gives the novel its power. There are moments of supreme beauty – Egger’s proposal to his sweetheart Marie is one of the most romantic scenes I’ve ever read. Meanwhile the losses that besiege the protagonist are rendered almost unbearable by what is left unsaid, allowing the author to exploit dramatic irony to its fullest as we watch Egger stumble to confront tragedies for which he never quite finds the words.

In many ways, A Whole Life is a marketing department’s nightmare. A man lives and then he dies. On the face of it, there is nothing to set this story apart. But in the hands of a writer like Seethaler, that is precisely what makes it special.