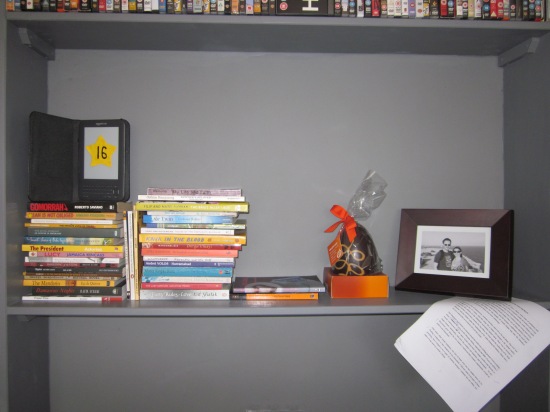 I will always be grateful to Cairo-based book blogger M Lynx Qualey. Shortly after I launched this project to try to read a book from every country in the world, she wrote a post giving me her tips on the top Arab books available in English from the last five years. It was the first of many instances of kindness from people all over the world whose support and interest are making it possible for me to access literature from every sovereign state.

It will probably take me several years to try everything on Qualey’s list. However when I revisited the post recently and saw Hanan al-Shaykh’s retelling of the classic One Thousand and One Nights among the suggestions for Lebanon, I knew I would have to give it a go. After all, its heroine Shahrazad (or Scheherazade as she is more commonly known) is the most referenced figure in all the world literature I’ve read so far this year.

The premise is audacious: when cuckolded King Shahrayar vows to marry a different virgin every night and have her killed the following morning, the vizier’s daughter Shahrazad takes it upon herself to protect her countrywomen by wedding the king and then distracting him from his murderous plans by telling stories so engrossing that he is forced to keep her alive to hear the next instalments.

Facing a level of pressure to perform that not even JK Rowling can have experienced in the run up to the publication of the last Harry Potter novel, Shahrazad has no option but to deliver. Ingenious and playful, she weaves a web of tales bristling with intrigue, erotica and inventiveness. Lovers turn into birds, decapitated heads talk, people are buried alive, and curses and sorcery abound. And as each story draws to a close, it spawns another calculated to keep the King and the reader hooked.

As in Ajit Baral’s The Lazy Conman and Other Stories and Rafik Schami’s Damascus Nights, cunning is prized above honesty, with many of the characters rewarded for using their guile to achieve their ambitions, often at great cost to their slower counterparts.

Shahrazad seems to enjoy sailing close to the wind herself, with many of her stories featuring people who need to save their lives by spinning yarns. ‘I must use my cunning to defeat his demonic wiles and barbarism,’ she has the fisherman say of the jinni in her very first story, as though winking at the reader over the listening king’s head.

The tales become a platform for Shahrazad to air other themes close to her heart too, chief among them the role of women. Her stories feature many strong female characters, among them Zumurrud who cross-dresses to become the wisest king her nation has ever seen, and five sisters who ‘regard men as a deadly disease’ and present a compelling defence of their lives as single women.

Not being familiar with other versions, I can’t tell how much of this comes from the original work and how much Al-Shaykh has reimagined (any insights from other readers would be much appreciated). There’s no doubt however that her narrative (written in English) is lively and approachable, as well as brimming with descriptive delights. The poet Abu Nuwas’s description of women as being ‘capable of sewing knickers for a flea’, for example, is just one of a myriad of memorable images that leap off the page. The only sticking point is the repeated misuse of ‘mortified’ to mean ‘horrified’ – a small niggle, but an irritating one in a novel in which the choice of words has the power to kill or cure.

All in all, though, this book is a delight. Featuring criticism at its most raw, it lays bare the mechanics of great storytelling and throws down the gauntlet for all would-be wordsmiths in the millennia to come. No wonder everyone’s still writing about it.

One Thousand and One Nights by Hanan Al-Shaykh (Bloomsbury, 2011)