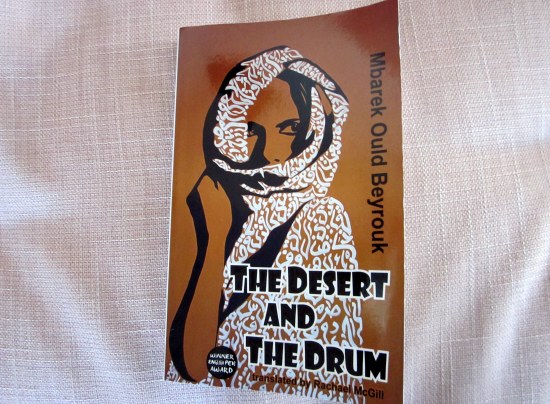 This week saw a gap filled in on the literary world map. Yesterday, the first ever novel from Mauritania to be translated into English was published by Dedalus, at last making it possible for anglophone readers to access traditionally published storytelling from Africa’s eleventh-largest sovereign state.

The release of Rachael McGill’s translation of Mbarek Ould Beyrouk’s Amadou-Kourouma prize-winning The Desert and the Drum makes the West African nation the latest of several countries to have a literary work made available for the first time in the planet’s most published language since my 2012 quest to read the world. Other examples include Turkmenistan and Madagascar.

Watching the first of what I hope will be many such works come to market has been a great joy. My project taught me that storytelling is not only a universal human impulse but a vital tool for building understanding across cultural, geographical, political and religious barriers. When countries do not have a presence on the global bookshelf, we all lose. So, when Jethro Soutar, whose translation of the first novel from Guinea-Bissau to be commercially available in English was published last year, got in touch to let me know about The Desert and The Drum, I was of course eager to take a look.

Alternating between past and present, the novel follows Rayhana, a Bedouin girl who has fled her camp, taking with her the ceremonial drum that is her tribe’s most prized possession. As the narrative unfolds, we travel with the fugitive to the author’s home city of Atar, learning what has driven her from her community as we witness her increasingly desperate efforts to recover the only thing that can restore her peace.

The novel was an excellent choice for translation. As a journey narrative, many of the episodes it describes are as unfamiliar and strange to the protagonist as they will probably be to most anglophone readers, making discovery part of the emotional arc of the book.

This means that the rituals and practices described in the text do not have the dutiful, anthropological air that often characterises such passages in translations of literature from less widely known cultures because they play a role in advancing the action. The best example is the extended account of Rayhana’s marriage ceremony, in which the role that the bride is supposed to play – pretending to be indifferent as the groom and his friends try to steal her away – cruelly matches her feelings.

That said, this episode does give rise to what I suspect may be an editorial intervention designed to bridge the gap between western sensibilities and the unsettling nuances of the wedding-night tradition:

‘It was up to the husband to overcome the distance between them, to quell her fears, to oblige the ignorant young girl to receive him. It was a rape of sorts, but it was tradition.’

Unless Beyrouk wrote with an eye to the international market, or unless his urban Mauritanian readership is so utterly divorced from the Bedouin community that their rituals are unknown to them (which I find unlikely having encountered descriptions of similar ceremonies in other West African literature), it seems improbable that this explanation about the ritual being akin to a rape would have featured in the original.* Still, I would be delighted to be corrected – do tell me if you know better!

Such jarring notes are rare. Translator McGill has found a register that is at once simple and precise, conveying images that spark both surprise and recognition. Take the description of Rayhana’s friend regarding her so intently that it seems as if she is trying ‘to mount the horses of [Rayhana’s] words and ride right inside [her]’ or this portrayal of her mother, who ‘had crossed the Sahara of doubt  long ago, never to return’. Such phrases at once root the story in its setting and convey its sense to readers everywhere.

This balancing of the specific and the universal is perhaps the book’s greatest strength. Grounded in the traditions that drive it and yet brimming with observations that are true wherever you read them, the novel bears the hallmark of great literature, making one little corner of the world an everywhere in which all manner of people can meet.

The Desert and the Drum is an exciting and compelling addition to the anglophone library. While it is unreasonable to expect one book to bear the weight of representing an entire nation – and while I hope we will one day look back with amazement on the era when there was only one story available in English from many nations – there is no doubt that this is a great ambassador for Mauritanian literature.

Thanks for giving us the chance to read it, Dedalus. Where next?

The Desert and the Drum (Le tambour des larmes) by Mbarek Ould Beyrouk, translated from the French by Rachael McGill (Dedalus, 2018)

* I would also urge Dedalus to rethink its policy on footnotes. Many of them seemed unnecessary and distracting, and the information they contained would have been better cut or placed in the body of the text, even if that meant dispensing with a few of the original terms.