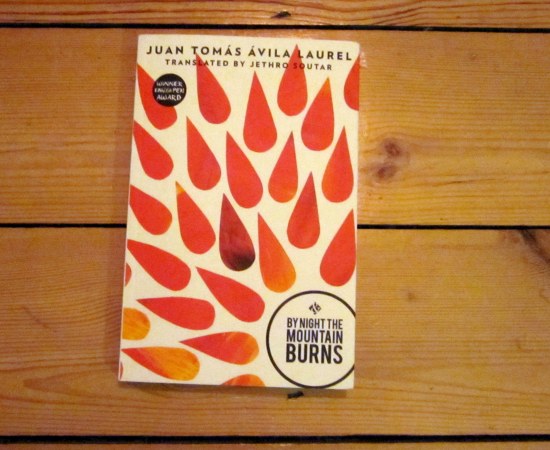 And so we come to the final stranger to receive a book in celebration of the support people gave me when I read the world in 2012.

What a year it’s been. In the last 12 months, I’ve sent titles to an incredibly diverse group of people and places – from a translator on a Greek island to an aspiring writer living in a hostel in Delhi, and from a school student in Australia to a medical student with leukemia in the Philippines (not to mention one Donald J Trump).

Choosing books for strangers has made me revisit several of the big questions I encountered during my quest to read the world. These have included how taboos differ from person to person and what we mean when we say a book is set in a particular place.

I have been delighted and humbled by the warmth so many people have shown in the comments on the project post – indeed, it’s been great to hear from many booklovers who have followed the blog for some time but have never commented before. I only wish I could choose books for all of you!

For this last gift, I’ve picked someone who is at the early stages of a reading adventure similar to the project that changed my life five years ago. One of the joys of this blog has been the huge number of people who tell me it has inspired them to broaden their reading and so I wanted to select a fellow literary explorer to receive the last book.

There were a huge number to choose from, so in the end, luck played a part. I went for Pritha Bardhan, who happened to have posted her entry for the competition on October 24, 2016, five years to the day since I launched this blog with the question ‘Can you help me read the world?’ She wrote this:

I absolutely LOVE what you did and it has inspired me to do the same. I am currently on world book 14, which is from Vietnam. I am also consciously trying to split my reading list 50/50 between men and women after reading your Women In Translation month blog posts.

Similar to you, when people found out about this challenge that I am undertaking, they have been kindly recommending or gifting me with books. I am also finding out more about the history of each of the countries; for instance details on the 1987 military coup in Fiji, fascism in Europe in the 1930s and I’m currently reading the hardships faced by Vietnamese women during the Vietnam War.

Thank-you for your insight and I look forward to reading more of your blog posts in the future :o)

The book I’ve chosen for Pritha, By Night the Mountain Burns by Juan Tomás Ávila Laurel and translated from the Spanish by Jethro Soutar, is a rare gem. In fact, it is only the second novel to be translated into and published in English from the authoritarian West African nation, Equatorial Guinea. Weaving local oral storytelling traditions into the Western novel form to portray a series of catastrophic events that shape the narrator’s childhood, the title stands out as one of the most exciting additions to literature from underrepresented nations of recent years.

As it was published in 2014, By Night the Mountain Burns wasn’t available when I read the world. Like many of the works I review in my book-of-the-month posts (marked orange on the List), it has been part of a wave of brilliant translations that have continued to open up closed-off areas of world literature to English speakers. Since my project, titles from Madagascar, Guinea-Bissau and Turkmenistan have all come onto the market, making it easier for curious readers to explore even more of the world’s stories (although nations such as the Comoros remain absent from anglophone bookshelves and many other countries have only one or two titles in English translation).

The truth is that the world we are able to read – much like the planet itself – is in flux. The international literary landscape shifts constantly, with new voices emerging and others sinking as titles go out of print. One person’s journey through world literature at a particular point in time is really nothing more than a snapshot of the image shown briefly on a kaleidoscope before the picture changes once more.

It’s endlessly fascinating and it’s for this reason that, as I realised when my year-long adventure ended, I’ll be reading the world for the rest of my life. Pritha, I hope the same will be true for you.

Thanks to everyone who entered Postcards from my bookshelf. Your enthusiasm is what keeps this blog going. May 2018 bring us all many wonderful reads!