Some weeks ago, I had an email from R. Like many over the past couple of years, they’d had a tough time and found solace in reading. Having been keen to expand their horizons, they had embarked on an international quest, using the List on this blog as a source of ideas and supplementing these with their own discoveries when they felt like it or didn’t like my choices (the best way to use this website, if you ask me).

Their favourite read not featured on my list was The Old Drift by Zambian author Namwali Serpell. I decided to give it a try.

Spanning more than a century, a large cast of characters and numerous countries, The Old Drift is a proudly ambitious book. Similar in scope to The Eighth Life, which R also enjoyed, the novel begins in 1904 with a small pioneer settlement near Victoria Falls, and traces how the connections and traumas forged in that messy collision of people ricochet down the generations. Over its course we meet, among many others, blind British tennis player Agnes who marries across the colour bar, a philandering doctor intent on finding a vaccine for AIDs, the Zambian astronaut who never was, and a woman covered in hair.

Stylistically, the novel is something of a Trojan horse. On the face of it, the form and storytelling are familiar, recalling many of the sweeping, colonial narratives authored in decades past in the global north. Yet this one has a difference: there is a bite to the tone and a zing to the wit that undermines that familiar structure and forces the reader to look again at many of the prejudices and assumptions that might have passed unexamined in such stories before now.

Recalling the telling historical commentary of writers such as Abdulrazak Gurnah, Serpell explodes any notions of glory that may yet be attached to empire in the reader’s mind. The pioneers in her book are a ragtag, brutal bunch, most of whom, having failed elsewhere, decided to ‘go where pale skin and a small inheritance went further’.

The risk with big-canvas stories such as this is that the scale overwhelms the individual elements; yet Serpell does not fall into this trap. She inhabits her vast range of characters – even the unsympathetic ones – with powerful humanity. Her depiction of Agnes’s sight loss is moving, as is her portrayal of the way her husband, Ronald, edits his homeland’s history to present the version he believes she wants to hear:

‘During his time at university, Ronald had learned that “history” was the word the English used for the record of every time a white man encountered something he had never seen and promptly claimed it as his own, often renaming it for good measure. History, in short, was the annals of the bully on the playground. This, he knew, was what Agnes would expect to hear. So Ronald skipped the real story: the southern migration of the Bemba tribe from the north in the seventeenth century, the battles with other tribes and the bargains with Arab slave traders that had left only a straggling group of warriors wandering the great plateau with its many lakes, carting around a wooden carving of a crocodile, their chitimukulu’s totem, until one day, in the valley at the base of a circle of rocky hills, they came across a sapphire lake, shiwa, with a dead crocodile, ng’andu, on its shores – a sign that they should settle there. Instead Ronald began the story with a white man, one he knew Agnes would recognise from her Grandpa Percy’s stories.

‘”No!” she exclaimed. “The most famous man who ever lived in Africa? He died there?”‘

Serpell is well versed in the challenges of blending history and fiction: it’s astonishing how many national events she weaves through the narrative, from the painful struggle towards independence and the subsequent oppression under Kenneth Kaunda’s United National Independence Party to democratisation and economic struggles, before stretching forward into a nightmarish near-future where the very notion of independence itself is under threat.

Occasionally the research sits a little too close to the surface of the narrative (although when it comes to episodes such as Edward Makuka Nkoloso’s Zambian Space Programme – complete with training techniques such as rolling aspiring astronauts downhill in oil drums – it is joyous). Partly, this is because the book appears to be outward-facing – written for readers beyond Zambia’s borders – with the result that Serpell sometimes explains customs, attitudes and context that she would probably leave unglossed for those closer to home. It would be nice to see her demand a little more of her readers instead of taking such good care not to leave us confused.

This generosity can sometimes slow the pacing, particularly in the final chapters when events seem to demand an acceleration in the telling (at least according to the norms of European novel structure). The mosquito chorus that punctuates each section, though witty and playful, also sometimes slows the pace.

At its best, however, the novel is sublime. Absolutely engaging, mightily imagined, funny, heartfelt and fearless. Thanks, R, for this worthy and welcome addition to my list! 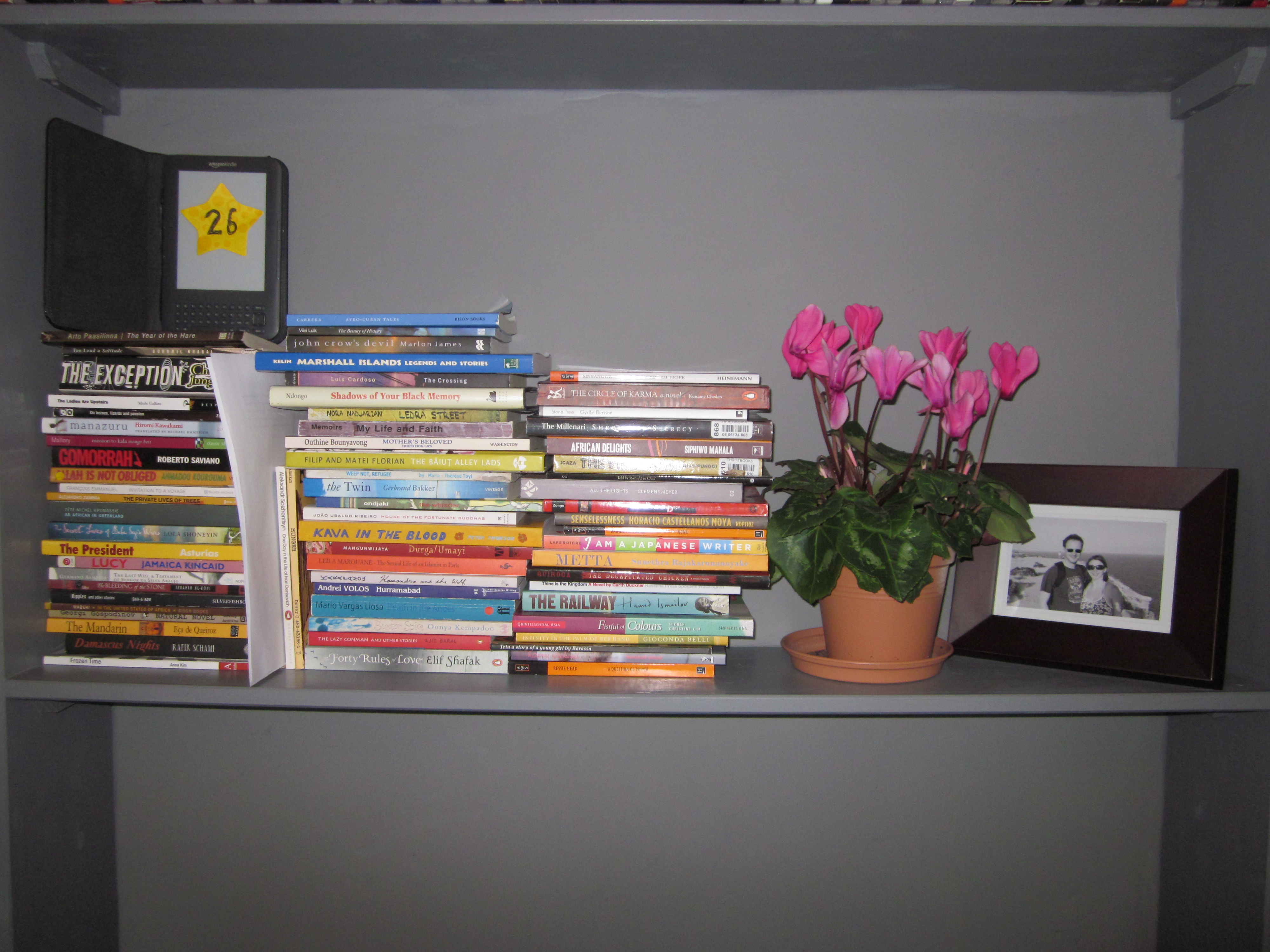 This 2000 novel by Binwell Sinyangwe, another pick from Heinemann’s African Writers Series, promised something I hadn’t come across in any of the books I’ve read so far this year: a story centring on the hardships facing women in rural Africa written by a man.

Its premise is disarmingly simple. At the start, widow Nasula has less than three weeks to find the 100,000 kwacha she needs to pay for the next stage in her only daughter’s education, after more than a year of trying to get the money together. The rest of the narrative portrays the extreme lengths she goes to in an effort to raise the funds that are her daughter’s only hope of escaping a life of poverty.

In many ways, this is a profoundly feminist book. Dedicated to the memory of Sinyangwe’s wife Grace, the narrative reveals ‘the unfairness of the life of a woman’, returning again and again to Nasula’s desire for her daughter to be able to ‘carve a decent living that would make it possible for her not to depend on a man for her existence’. These hopes spring from Nasula’s memories of her own bitter experience of marriage and ill-treatment at the hands of her in-laws, recollections that bring out some of Sinyangwe’s best rhetoric:

Sinyangwe heightens our sense of Nasula’s plight with his repeated references to the common hardships facing many Zambians during the nineties. With the end of government grants, poor rains and the spread of HIV/AIDs, these are ‘the years of havelessness’ for rural and urban workers alike, in which many who previously prospered, and to whom Nasula turns for help, struggle to survive.

In the hands of a lesser writer, this material would be woven into a two-dimensional sob story. Instead, Sinyangwe rises to the challenge, imbuing his narrative with the vigour, vibrancy and ingenuity of his heroine. As we watch Nasula undertake the marathon walk to her in-laws, sleep in the city market to protect her possessions and challenge criminals and corrupt officials single-handedly, it’s impossible not to admire her.

If the narrative is occasionally a little overwritten, with a few too many adjectives fighting for space, the power of the plot more than makes up for it. So much so, in fact, that in the gripping final chapters, it’s easy to forget that what we are reading is not an account of some grand odyssey but the story of one woman’s attempt to secure a basic necessity for her child. It’s humbling to remember this as the narrative draws to its close – and more effective than any sob story could ever be.

A Cowrie of Hope by Binwell Sinyangwe (Heinemann, 2000)