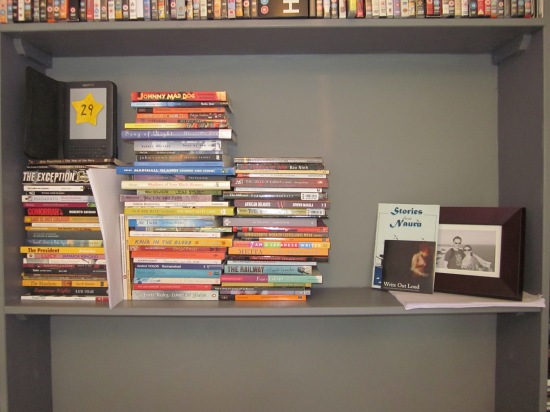 There are some titles that seem to tell you everything you need to know about what’s inside a book. In the case of Johnny Mad Dog, a novel by academic Emmanuel Dongala who fled his native Republic of Congo for the US in 1997 during the civil war, I was pretty clear about what to expect: violence, unpleasantness, people being killed in cruel and unusual ways and possibly an incident with a vicious canine, depending on how literal a writer Dongala was. Just as well then that I’m not a great believer in taking things at face value, because if I had done so I might have bypassed this novel and missed out on a whole lot more.

Set during the civil war, the book follows two characters as they struggle to survive and succeed in the midst of a humanitarian crisis. While scholarly Laokolé tries desperately to get herself, her younger brother Fofo and their disabled mother out of the city as looters descend for 48 hours of mayhem, 16-year-old rebel soldier, rapist and looter Johnny Mad Dog battles for supremacy among his peers, never more than moments away from the next senseless confrontation that could end his life. At last, drawn together into the heart of the vacuum as society implodes around them, the teenagers come face to face.

Yes, violence features heavily. There are sickening killings and assaults. There is the child shot by Johnny and his cronies on the roadside and the television star raped in the studio in front of her camera crew in the minutes before she is due to go on air. What stops these episodes from being gratuitous, however, is Dongala’s insight into the processes by which we justify unforgivable actions to ourselves. Tuned into Johnny’s thoughts as he commits these crimes, we hear his paranoid delusions that his victims are somehow from rival factions – or even Chechen spies – and his bizarre conviction that the women he abuses enjoy what he is doing.

Dongala’s ability to inhabit the minds of his characters also gives rise to some unexpected flashes of comedy. We witness the bathos and confusion of the rebels as they try to dream up a nom de guerre for their breakaway faction and find themselves repeatedly suggesting the names of cars and football teams, and the ludicrous exceptions they make to the dictates of their leaders in this land where there is ‘no longer any logic’.

There are some passages of powerfully empathetic writing too. Dongala’s portrait of Laokolé’s struggles, taking in everything from her thwarted desire to study engineering to the shame and discomfort of having to do without sanitary towels amid the crowds fleeing on the roads, is quite extraordinary.

Inevitably for so humane a writer, the targets of the greatest scorn and anger are not the bungling kids perpetrating violence but the organisations and authorities that dehumanise killers and victims alike. Of these, the UN representatives and rich Westerners at the embassy where Laokolé goes to seek shelter come in for the greatest vitriol – although Dongala is careful to include a sympathetic American who tries to rescue Laokolé and so avoids slipping into the same generalisations that make him angry. Perhaps most scathing of all is the scene in which a convoy of UN vehicles sent to rescue the Western nationals knocks down a young Congolese girl begging for a place in the cars and then halts to allow one woman to run back and collect her ‘little one’, which turns out to be a lap-dog.

Dongala’s impatience to relate these intense experiences means that occasionally his plotting can be a little abrupt. The American’s offer of adopting Laokolé, for example, seems to come a bit out of nowhere, although the extremity of the circumstances might excuse it. In addition, a few of Laokolé’s turns of phrase, such as her claim at one point to have been ‘yielding to an atavistic human instinct’, are a little hard to swallow even for a bright and well-educated 16-year-old.

Overall, though, this book delivers a lot more than its fierce title promises. Subtle and surprising, it takes readers by the hand and leads  us through the chaos of civil war, finding meaning amidst the madness. A powerful work. 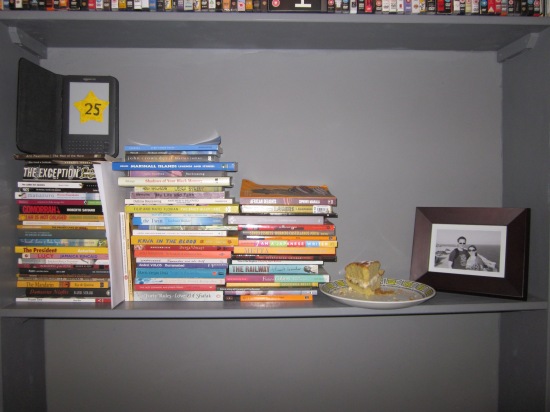 There were quite a lot of contenders available in English for Iraq. Perhaps that’s not a surprise, given that the country has been in and out of Western headlines for more than the last 20 years. Still, it was good to know that the traumatic occurrences of recent decades had not disrupted storymaking in the region – or so I thought until I read this book.

The Madman of Freedom Square – the first commercially published short story collection by Hassan Blasim, co-editor of Arabic literary website Iraq Story – paints a brutal, yet layered picture of the effects of international events on individual lives in and around post-invasion Iraq. Often starting or ending with a mutilated corpse, the tales trace the connections that bind people to one another and reveal the psychological wounds that result when these ties are ripped apart. There are the refugees reduced to animal cruelty when the truck they are locked in is abandoned, the patriotic songwriter turned atheist who wanders the streets railing against God and existence only to meet a gruesome end, and the underground collective that roams Baghdad making art out of its murder victims.

More than anything, this is a book about the function of storytelling. From the very first tale, ‘The Reality and the Record’, in which a traumatised man tries to tell the right story to secure asylum at a refugee centre, the text interrogates the act of narrating, as though trying to identify its weak points and secret guilt.

Sometimes – as in ‘An Army Newspaper’, an account of an unscrupulous editor who gets trapped in his lies when the dead soldier whose work he has passed off as his own continues to submit reams of manuscripts – storytelling takes on monstrous, nightmarish proportions. At other points, as with the sensational anecdotes spread by gossipmongers in the wake of bomb blasts in ‘The Market of Stories’, it seems a low, self-indulgent exercise, a sort of ‘primitive tribal gibberish which tries to hide behind tasteless and gory laughter’.

That story, however, also holds something of a key to the text’s uneasy relationship with its own function. According to the narrator, it may have its roots in Iraq’s history:

‘Since the fall of Saddam Hussein there have been incessant calls for writing to be intelligible, realistic, factual and pragmatic. […] They claim that the writers of the past made the readers defect, whereas in fact for hundreds of years there were no readers in the country, in the broad sense of the word. There were only hungry people, killers, illiterates, soldiers, villagers, people who prayed, people who were lost and people who were oppressed. Our writers seem to have grown tired of writing for each other.’

It’s important to note, of course, that these are the narrator’s words rather than Blasim’s own. Nevertheless, the question of who narrates, who listens and the value of telling at all rankles throughout the book, inviting the reader to look beyond it to the man writing in Arabic in Finland – Blasim’s home since 2004 – and wonder who exactly these words are for.

Underpinning this unease are repeated comments on the world-altering properties of perspective, with many of Blasim’s narrators suffering from mental illness, trauma or profound emotions that render their accounts suspect. The most powerful example, however, comes in ‘The Virgin and the Soldier’, an account of two young lovers doomed to a horrific death when they are accidentally locked in at the sewing factory where they work at the start of a holiday:

‘In reality there was nothing in the factory but army uniforms, but the government’s aim was to make the UN inspectors suspect that the factory was used for prohibited military purposes. […]

On that morning the American satellite pictures could not of course detect the muffled screams on the second floor. The screaming was hardly audible, and desperate. From the end of a world that was dying it reached the sewing room, which was empty and looked like a dreary sunset over an abandoned city.’

Too much distance, Blasim seems to be suggesting, and we become unable to empathise with fellow human beings, like satellites monitoring the Earth from the exosphere. And yet, even as he writes this, the author draws us in to the heart of the events he describes, immersing us in their brutal, bloody and heartbreaking immediacy.

Some of the stories end less successfully than others and there are one or two twists that miss their marks, but overall this is a powerful and thought-provoking work that transports readers to the extremes of human experience – and a mental terrain most of us are lucky enough never to have to  travel through. If Blasim needed proof of the validity of storytelling, he has written it.

The Madman of Freedom Square by Hassan Blasim, translated from the Arabic by Jonathan Wright (Comma Press, 2011)