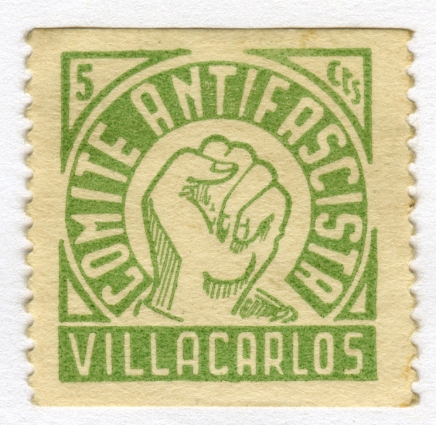 This is the third French book that I have featured on this blog. It is also the third book by an immigrant or child of immigrants to that nation.

Indeed, when I came to think about where to pigeonhole this review in my country-by-country list of titles, I hesitated. Although Lydie Salvayre was born in France and writes in French, the subject matter of her Goncourt Prize-winning novel, Cry, Mother Spain – which centres around the 1930s Spanish civil war – makes a strong case for the work being considered at least partly as belonging to that nation.

This ambiguity is fitting. Given that the dark side of nationalism drives much of the action in this book –which fuses together history, imagination, quotes from source material and the recollections of Salvayre’s Spanish mother (crossing genre boundaries as much as straddling borders) – it seems right that the narrative resists categorisation by country. Just as its central characters – teenage Montse, her ideological pro-Anarchist brother José and his bourgeois rival Diego – agonise and clash over the sort of Spain they want to live in, so the story that contains them challenges and questions its own identity.

Indeed, though the novel (for want of a better word) is rooted in the events that led up to the start of Franco’s dictatorship, much of this book resonates across the decades. Many readers will find uncomfortable parallels in the chilling way that the presentation of events is manipulated by those in power. We can sympathise with the narrator’s observation that what she discovers in her research stirs ‘fears of seeing today’s bastards revive the noxious ideas [she] thought had been put to rest a long time ago’.

Her 90-year-old mother puts it more bluntly. When asked if Diego’s manipulative speeches to the villagers made him sound like the politicians of today, she replies ‘They’re all the same, […] crooks the lot of them.’

This irreverence, which runs beneath much of the narrative and erupts into humour surprisingly frequently, is one of the things that make the novel a joy to read. There is a delicious archness to Salvayre’s depiction of the hypocrisy of many of the minor characters. The prime example is the pious hypochondriac doña Pura, who bestows her favours ‘with a sort of Christian sweetness thick with threat’.

In addition, the playful fusion of French and Spanish in Montse’s speech makes for some marvellous moments. Translator Ben Faccini must be congratulated for the way he has reflected this ‘cross-bred, trans-Pyrenean language’ in English. As an example, here’s Montse on the throwaway comment that first awoke her to injustice when at the age of 15 she went to interview for a position as a maid and the prospective employer remarked approvingly that she seemed quite humble:

‘For me it’s an insult, a patada in the arse, a kick in the culo, it makes me leap ten metros within my own head, it jolts my brain which had been slumbering for more than fifteen years.’

Salvayre is a psychiatrist and her insight into the workings of the human brain shows. Both in moments of humour and during the narrative’s many darker passages, she delineates the shifts in thinking that steer characters from one course to another, trap them into actions and render certain outcomes inevitable.

Her ability to imagine her way into the thought processes of the diverse characters she portrays is what makes the book such a triumph. At its root, is an awareness of the common humanity that binds us across centuries, borders and historical moments – of the fact that, much as we might like to imagine otherwise, human nature remains the same far more than it alters. In this, Cry, Mother Spain is at once a warning and a rallying call: we are all people, it proclaims. We are all touching and full of marvels and vulnerable to the same delusions that have ensnared so many before us.

Or, as Salvayre’s compatriots might say, plus ça change.