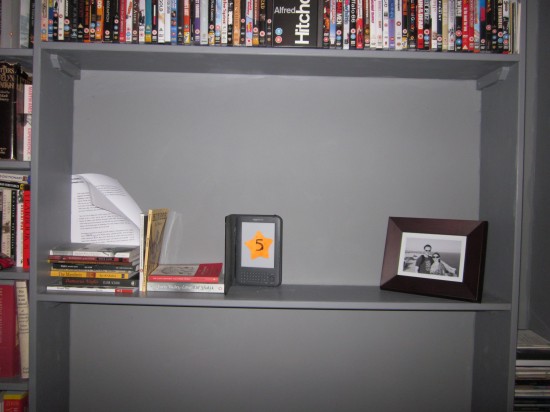 I stumbled across this anthology while on the trail of Lithuanian writer Laura Sintija Černiauskaitė. She was one of the inaugural winners of the European Union Prize for Literature, which, according to its website, was launched in 2009 ‘to promote the circulation of literature within Europe and encourage greater interest in non-national literary works’, and I assumed this meant I would be able to find her novels in translation.

I was wrong. In fact, the only piece of Černiauskaitė’s work I could find was the extract of her 2008 novel, Benedict’s Milestones, featured alongside the work of 19 other Lithuanian women writers in this collection.

Published by the Lithuanian government’s International Cultural Programme Centre, the anthology is the second in a series of books designed to introduce Lithuanian writers to an English-speaking readership. It is available on Kindle for the princely sum of 59 pence. I was intrigued.

As it turned out, Černiauskaitė’s piece, which opens the collection, is something of a disappointment. The choice of a sex scene may have been unfortunate (if unsurprising given that the first volume in the series was called Sex, Lithuanian Style). As the list of nominees for the Literary Review‘s annual Bad Sex in Fiction Award goes to show, even the most accomplished of writers can come a cropper (if you’ll pardon the pun) trying to describe goings on behind closed doors. Nevertheless, the descriptions of breasts ‘pointing like cannons’ and an erect ‘stamen’ had me cringing more than once and wondering what I’d let myself in for.

Černiauskaitė’s piece is by no means the only damp squib. But there are several firecrackers along the way. My interest was first piqued by Birutė Jonuškaitė’s rough and raw account of a love affair gone sour told through a letter one of the lovers leaves behind. Ugnė Barauskaitė’s earthy and funny account of giving birth also had me giggling and cringing (this time in a good way). And if any English-language publishers are looking to broaden their lists Edita Nazaritė, Laima Vincė and Paulina Pukytė deserve attention.

One of the most powerful pieces, an extract from Ruta Sepetys’s Between Shades of Gray relating a family’s violent arrest by the Soviet Police is already available through Philomel Books. I also really liked the extract from Giedra Radvilavičiūtė’s Tonight I Will Sleep by the Wall, an incendiary toast delivered by the groom’s cousin on the occasion of a couple’s twentieth wedding anniversary.

It can be reductive to look for common themes in collections like this, as though women’s writing is somehow a subset of literature proper and not every bit as diverse and creative as the stuff the big boys produce, but it would be difficult to ignore the role that migration plays in nearly all the pieces. The characters in these extracts are people who leave or people who are left behind to regret the absence of relatives living and working among the ‘synthetic’, white-bread people of the West. Emigration it seems, is such a commonplace in Lithuania, that it has almost become a cultural characteristic.

All the more surprising, then, that a nation that is so widely travelled and that seems to have one foot of its identity planted in the diaspora should be so poorly represented in the translation stakes. Who knows? Maybe e-anthologies will succeed where the European Union Prize for Literature has so far failed in raising the nation’s literary profile. Only time will tell.