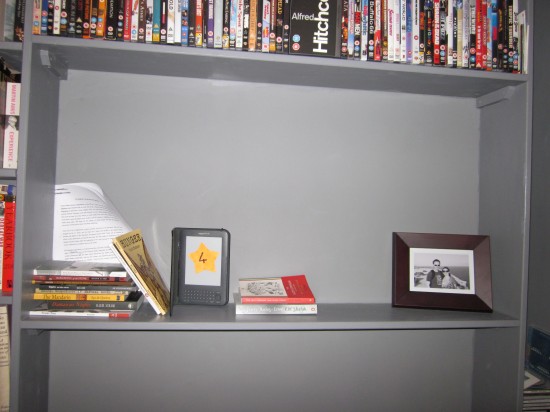 Before Coetzee’s Youth and Orwell’s Aspidistra; before Amis’s Jim got lucky and the artist revealed himself as a young man; even before Somerset Maugham wrote Of Human Bondage, there was Knut Hamsun ‘s Hunger. Published in Norway in 1890 and only translated into English 30 years later, this slight novel might have long sunk into the eternal slush pile, were it not for its extraordinary power and the fact that it contains the essential ingredients of many of the great 20th century bildungsromans to come – at times surpassing them all.

The story is simple enough: an unnamed and destitute writer wanders around the nation’s capital, railing against the cruel circumstances that make him unable to earn enough to eat. Half-mad with hunger, he goads himself into fruitless attempts at scribbling and doomed schemes to raise a penny or two, struggling along the edge of existence and endurance until he is at last forced to find some escape.

Chief among the problems that writing such coming-of-age novels throws up (as I discovered to my cost when I had a bash at one a few years ago) are the issues of making such a self-obsessed protagonist likeable and dealing with the fact that his (it usually is a he) main problem is often that he doesn’t have enough going on. Humour is the common get-out-of-jail-free card for writers such as Coetzee, Amis, Salinger and even Orwell, but Hamsun jumps another way.

Delving into the wounded psyche of his anti-hero he uses the likeability problem as an opportunity for generating poignancy, holding his character hostage to a self-imposed chivalry code that sees him unable to accept help and unable to walk past someone in need. The result of these repeated bungled encounters is a maddening, perverse and yet pitiable figure, for whom we can’t help feeling sympathy, even as he blunders on into the territory of the deranged, far beyond what most of the later greats dare to try – at one stage even toying with autocannibilism.

The endings are often another problem in such novels. Necessarily involving some sort of rebellion, transformation or shift in relation to all that has gone before, they can often have the wriggling, impatient feeling of a child scrawling ‘The End’ and scampering off to the next thing, bored now he has said all he had to say.

Does Hamsun get past this with his final solution? I’m not sure. I think he and Coetzee could have had a rewarding chat about the options here.

But, of course, Coetzee wasn’t even a glint on his grandfather’s ink stand when Hamsun was writing this and wouldn’t be for another 50 years. None of the great, modernist stream-of-consciousness works and bildungsromans of the 20th century had been realised when Hamsun created the paranoid interior monologue he spins out so skilfully in his first translated book.

I wonder how many of them would have existed in their present forms if Hamsun hadn’t picked up his pen.

Hunger by Knut Hamsun (translated from the Bokmål by George Egerton). Publisher (this edition): Dover (2003)