Some books stay with you. I wasn’t going to feature another Dutch novel for a while, having written about Herman Koch’s Dear Mr M relatively recently. But then I got sucked into reading Esther Gerritsen’s Craving (translated by Michele Hutchison) after World Editions sent it to me along with a couple of other titles to mark Boekenweek (an annual festival of literature in The Netherlands). Four months later, it’s still on my mind.

In fact, Craving is one of several memorable Dutch novels I’ve read in recent years, among them Sam Garrett’s long-anticipated translation of Gerard Reve’s classic The Evenings and Jaap Robben’s You Have Me to Love, brought into English by David Doherty. Powerful and atmospheric though these books are, however, they didn’t quite get their claws into me in the way that Craving managed to do.

On the face of it, this is a very simple novel. The erratic Coco returns home to live with her terminally ill mother after years of estrangement. Their renewed proximity forces a re-examination of their troubled relationship and something of a rapprochement that sheds fresh light on both their lives.

As with several other contemporary Dutch novels, including Robben’s and Gerbrand Bakker’s The Twin (translated by David Colmer), Craving focuses on filial relationships. It has the feel of a film shot exclusively in close-up, with small details representing dramatic shifts. This means that although Craving does not share the isolated settings of Robben’s and Bakker’s books, it possesses a similar quiet intensity, which comes from the narrative containing a minimal amount of background noise.

The words work hard here. Credit is due to Michele Hutchison for the way she has managed to present text that is as powerful as it is spare, where almost every phoneme seems to perform multiple functions – conveying the action, revealing specific emotional truths and acting as broader statements about the human experience. Even the comma splices that would usually have pedants bristling seem to work within the context of the narrative voice.

The efficiency of the dialogue is testament to the power of the language. Normally, I get frustrated by reams of unattributed statements and struggle to remember who is saying what without a reminder every three or four lines. In Craving, however, the character of each speaker comes across so clearly that I barely noticed the lack of signposts.

The economy of expression allows for some great comic moments too. Bathos and distraction are favourite devices for Gerritsen, who delights in reminding us how the monumental and banal coexist and colour one another, gilding significant moments with foolishness and elevating mundane happenings to precarious importance.

Through it all, Gerritsen never loses sight of the pattern she is weaving. She threads story deftly through the text, so that the whole picture comes into focus gradually. Instead of the neat reveal common in more commercial books, the central meaning emerges in such a way that it cannot be condensed or explained but can be comprehended only by reading the words set out in precisely the order the author has chosen. No more, no less. 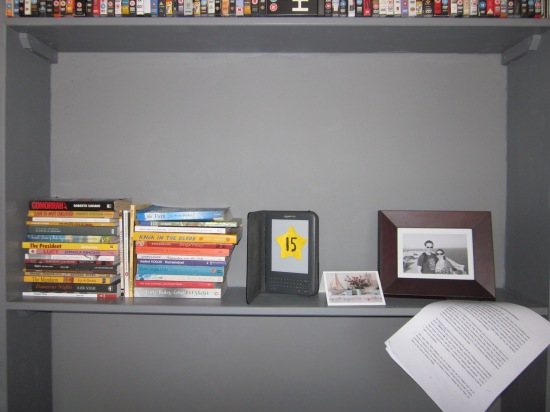 When you’re reading lots of books from different countries, stories from contrasting backgrounds can often seem to be talking to each other across the globe. Soon after finishing Alberto Barrera Tyszka’s The Sickness, with its memorable description a doctor’s struggle to accept his father’s terminal illness, I began Gerbrand Bakker’s International IMPAC Dublin Literary Award-winning The Twin. The novel was recommended by Dutch literature translator Michele Hutchison, who lives in Amsterdam, and it showed me a startlingly different filial response to a parent’s approaching death.

Having lived and worked on the family farm all his life, late-middle-aged Helmer finds that his father’s illness is the catalyst he needs to stop ‘hiding behind the cows and letting things happen’. With the power dynamics in their relationship turned upside down, he begins to exert control over the house and business. But when his dead twin brother Henk’s former fiancée and her uncannily named son Henk get in touch, Helmer is forced to confront his emotional stuntedness and the toll his narrow existence has taken on his ability to function in society.

Bakker’s writing is extraordinarily good, complemented, no doubt, by David Colmer’s excellent translation. Where most books confined to such a small number of locations and incidents feel static and wooden, this one throbs with a quiet fury that imbues even the smallest of actions with significance. We watch Helmer select his new bed, paint the living room and buy an antique map in the local town, feeling behind each deed the weight of decades of unexpressed anger, loss and grief.

Bakker heightens this sense of reticence through his spare style, which enables him to capture and express powerful impressions in very few words. This, coupled with his deft deployment of descriptions of the natural world to reveal the extent of Helmer’s isolation, enable him to walk the delicate line between his protagonist’s disturbing and often deliberately cruel treatment of his father and the slow unfolding of his blighted life.

In addition, the narrative’s strange beauty and the humour that gusts up suddenly to catch you unawares enable it to meander through profound themes without any pretentiousness. Its subtle exploration of what it means to be a twin and the sad echoes of the breezy predictions people make to adolescents about what life has in store for them will stay with me for a long time. Marvellous.

The Twin by Gerbrand Bakker, translated from the Dutch by David Colmer (Vintage, 2009)