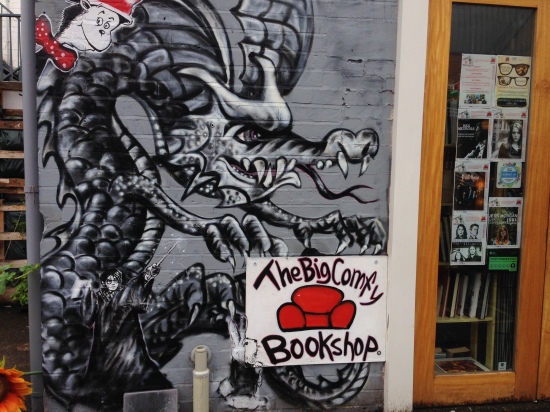 One of the best arguments for supporting bookshops as opposed to purely buying books online, is that they make unexpected encounters possible in a way that websites can’t. When you’re browsing most online retailer’s sites, your screen will be filled with a host of recommendations tailored to your buying history – a list of things that are like what you’ve liked before dictated by a sophisticated algorithm intended to maximise the chance that you’ll purchase another product.

In a bookshop, by contrast, as you wander from stand to stand, almost anything can catch your eye. You might go in looking for the latest bestselling thriller and come out with a memoir by a Norwegian lumberjack, or cross the threshold in search of a present for a friend and re-emerge half an hour later with a previously unheard of title that will keep you spellbound for the bus ride home.

In a bookshop, what you see is dictated less by your own previous choices than by the tastes and interests of those running and stocking the store. As a result, spending time in such places exposes you to more possibility and variety in the literary landscape, and can help challenge, disrupt and expand your reading habits.

As venues for unexpected encounters go, The Big Comfy Bookshop in Coventry has much to offer. Set up around two years ago after owner Michael McEntee took the brave decision to give up his day job and pursue his dream of running a wordmonger’s, the store is one of a series of quirky and creative businesses in Fargo Village on Far Gosford Street. There’s a comic shop next door and a film memorabilia purveyor a few units down, as well as numerous vintage-clothing traders with stands set up around the central hall.

It’s raining the day I go, but you wouldn’t know it from the throng of people gathered in the shop. Sitting at an eclectic array of chairs and tables, sipping coffees, teas and the occasional beer, they have just heard a talk from author Kate Riordan, the speaker before me in the line up of this, the inaugural Big Comfy Literary Festival.

Riordan is still there signing copies and while she does so, I take the opportunity to explore.

Although new books by the authors speaking at the festival are on sale near the counter for the weekend, the bulk of the Big Comfy merchandise is second-hand and, as such, dependent on the tastes of readers who have gone before. The usual suspects are out in force – a formidable crop of Wilbur Smiths, James Pattersons and Patricia Cornwells rubs shoulders with US classics such as Catch-22 and Fear and Loathing in Las Vegas.

As is often the case in second-hand shops, translations are not much in evidence. However, there are some unexpected titles in the mix. I spend an intriguing five minutes flicking through a book called How to Clicker Train Your Cat. In addition, there is an impressive spread of sci-fi and fantasy fiction.

When I ask McEntee if this reflects a particular interest of his, he tells me that it doesn’t. In fact, some 90 per cent of this section comes from a friend of his who needed to downsize his collection.

Yet, while The Big Comfy Bookshop may be beholden to others for much of its stock, the tastes of its founder and his colleagues are everywhere apparent. From playful quotations and notes bearing personal recommendations from the staff on the shelves to posters for regular folk-music evenings and a handsome array of cakes on the counter, the place is alive with an enthusiasm for creating a cheerful, cosy, ‘comfy’ space that celebrates reading. 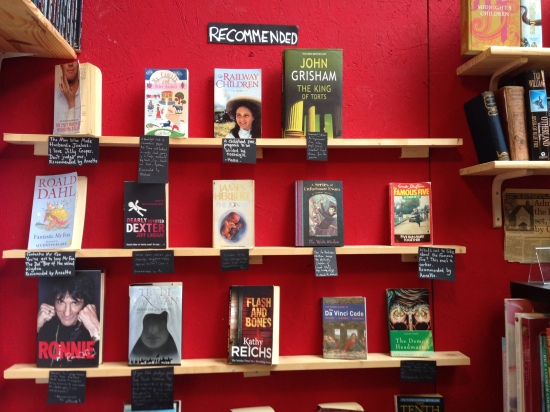 A sense of humour is also in evidence: a Post-it note on a map of the Game of Thrones territories of Westeros and Essos hanging in the loo asks ‘But what lies west of Westeros?’

The result is a beautifully informal, friendly space where people can come to browse, chat, read and while away an afternoon. I feel very much at home while I give my talk.

And if any further proof of the welcoming nature of the place were needed, it comes as I leave. On my way out, I pass Darth Vader, who is on a break from an event at the film-memorabilia store and is popping into the bookshop for a quick cup of tea. An unexpected encounter if ever there was one.