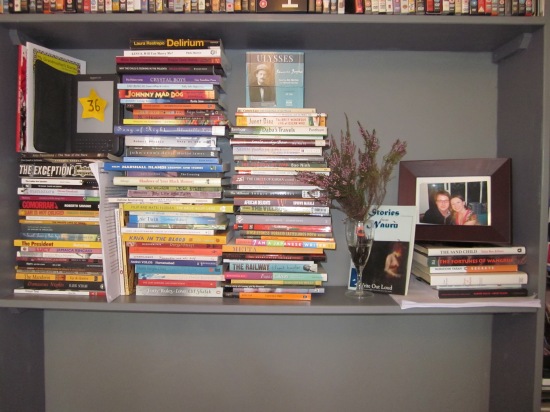 I knew Niger was going to be a tough nut to crack when, in response to my searching for ‘Nigerien literature’, Google asked me whether I meant ‘Nigerian literature’ instead. Although I did eventually track down the names of several Francophone authors from the country, among them Abdoulaye Mamani, Amadou Ousmane and Idé Oumarou, none of their work seemed to have been translated into English.

This may be because, as AS Kindo Patengouh argues in his 2005 paper Literary production in Niger: The case of the novel, in this very ethnically diverse country only 30 percent of the population read and write French, meaning that the audience for works in the country’s official language, in which most if not all Nigerien novels are written, is relatively small. As such, it is probably difficult for the works to make enough of an impact to attract notice from further afield.

There was an outside possibility in the shape of Harmattan, a novel about child marriage in Niger, by Belfast-born Gavin Weston, who lived and worked in the country for several years during the mid-eighties. However, any whisper of an argument that the book might count as Nigerien literature for my purposes was silenced when my copy arrived bearing an endorsement from Kellie Chambers at Ulster Tatler, declaring it the harbinger of ‘a new era in Northern Irish literature’.

Reluctantly, I added the book to next year’s to-read mountain. There had to be something out there available in English by a storyteller more closely linked to Niger itself.

Then a colleague volunteered to see what he could turn up. Clearly, his research skills are better than mine because, within a couple of hours he was back with a possible solution. It wasn’t a Nigerien novel. But in many ways it was something even more exciting: the transcription of an epic story told by a Nigerien griot over the course of two evenings in the appropriately named village of Saga at the beginning of the 1980s.

Ten years in the transcribing, translating and annotating, Nouhou Malio’s account of The Epic of Askia Mohammed tells of the life and times of Mamar Kassaye (also known as Askia Mohammed), who ruled the Songhay empire between 1493 and 1528. Switched for his mother’s servant’s child when he is born to protect him from his uncle, who has killed all his older siblings because of a prophecy that one of them will kill him, Mamar grows up in a brutal and brilliant society. He dedicates himself to spreading Islam and prosecutes a holy war across the region, fathering a dynasty and leaving a legacy of brave and bloodthirsty deeds that ensures his life is the stuff of legend six centuries after his death.

Mamar’s world is at once strange and oddly familiar. Levitating cities and uncanny enchantments fill the text, while shocking deeds, such as cutting a horse’s tendons in a fit of pique and laying a trap to bury a rival alive, are narrated so matter-of-factly as to feel distant, as though the emotional compass of the epic is calibrated very differently from our own. Yet, every so often a line, image or event will strike a surprising parallel with the modern Western world. I particularly liked the description of the group of griots spreading rumours about Amar Zoubami’s prowess in the run up to a competition to win the hand of the richest woman in Gao – by the sound of it, it would have given the snappiest PR team a run for its money.

Throughout the narrative, the meticulous work that editor and translator Thomas Hale and his team of transcribers and scholars have done to preserve the character of Malio’s performance as faithfully as possible is clear. This comes across in the unusual use of repetition, both of individual words and complete phrases, which creates a strong sense of the rhythm and drama of the rendition. It is also clear in the ellipses, which mark words and lines that could not be made out on the recording.

Rather than give in to the temptation to create a polished, complete work at the expense of absolute fidelity to the original account, as I suspect Camara Laye may have done in The Guardian of the Word (my Guinean pick), Hale and his team present exactly what they heard. When it works best, it is as though we are sitting in Malio’s hut, moving up to let someone past and so missing the odd line. The flip side, of course, is that certain passages can be quite fragmented and hard to make sense of, although Hale has done his best to make up for this with a plot summary at the beginning.

Overall, this is a fascinating, if occasionally frustrating, read. At times bewildering and shocking, it is also enthralling. And despite the incompleteness of the text and the cultural mores that can leave the Western reader fumbling for the meaning, there are moments of magic where the pages seem to be stripped away and we are transported to sit in that village two miles south of the Nigerien capital Niamey, listening to a story told more than 30 years ago.

The Epic of Askia Mohammed recounted by Nouhou Malio, translated from the Songhay by Thomas A Hale (Indiana University Press, 1996)