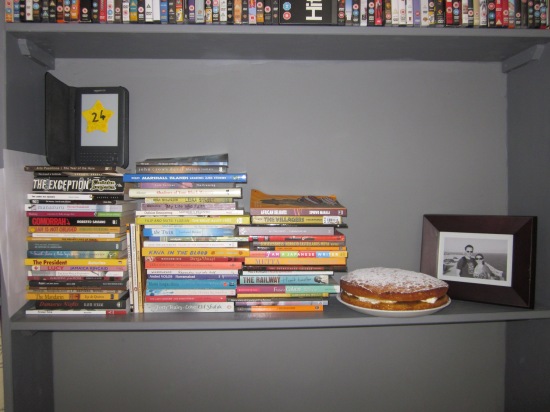 This was one of those books that you hear about and want to read. Not only was the premise of the novel – about an obituary writer who shares his flat with a king penguin – intriguing, but the story of Andrey Kurkov’s rise to become one of Ukraine’s most celebrated writers was pretty gripping in its own right: having to deal with more than 500 rejections from publishers, Kurkov self-published his early works and sold them on the streets of Kiev. Clearly, this was one dedicated writer.

The unlikely hero of Kurkov’s most famous work, which bears the Ronseal-style title Death and the Penguin, is Viktor, a novelist manqué who strikes it lucky when a newspaper hires him to write advance obituaries of some of the country’s great, good and not so good. All seems to be going well and Viktor looks set to break out of the lonely, frugal existence he has shared with Misha, a king penguin he adopted when the zoo closed down, until the subjects of his obituaries start to die in suspicious circumstances. As it becomes clear that his ‘vital images of the future departed’ carry more significance than he could ever have imagined, Viktor finds himself embroiled in an increasingly sinister plot, and realises he will need to use all his powers of invention to escape with his life.

Funny, dark and spare, Kurkov’s prose evokes complex situations in a handful of words. The writer does this by using small details to reveal the humanity of his characters: a militiaman’s wish for a quiet shift, a cartoon on TV, a gangster’s pride about his car.

He combines this with razor-sharp perception to produce striking and often touching reflections on death, loneliness, friendship and love. In particular, Viktor’s meditations on the strange alchemy that is the obituary writer’s craft – creating something fixed and definitive out of a mass of memories, half-truths and anecdotes – are fascinating:

‘The past believed in dates. And everyone’s life consisted of dates, giving life a rhythm and sense of gradation, as if from the eminence of a date one could look back and down, and see the past itself. A clear, comprehensible past, divided up into square of events, lines of paths taken.’

Similar to Vatanen’s hare in Arto Paasilinna’s The Year of the Hare (my Finnish book), Misha the penguin acts as a kind of barometer for his master, reflecting his mental and emotional state. He also humanises Viktor, giving him the vulnerability necessary to enable Kurkov to steer him through the moral hinterland the plot demands without losing the reader’s sympathy.

The result is that rarest of beasts: a novel that is every bit as gripping as it is well-written. I read it in virtually one sitting – and not merely because I had to keep up with the schedule. Great.

Death and the Penguin (Smert’postoronnego) by Andrey Kurkov, translated from the Russian by George Bird (Melville International Crime, 2011)