If you want to go to The Book Cellar in Bermuda, you have to pick your moment carefully. The first time I visit this store, located in 265-year-old Tucker House on Water Street in St George’s, it is shut.

According to the owner of the shop next door – which is open that day – this is not unusual. Many of the businesses in the historic settlement of St George’s – a UNESCO World Heritage Site said to be the oldest continuously inhabited English town in the New World – keep part-time and sometimes unpredictable hours. In fact, that week the business owners were due to be having a meeting about it to see if they could agree a joint opening schedule that would help create more consistent buzz around the town, which has suffered since cruise ships stopped visiting this end of the island.

Luckily for me, the Bermudian friends I was staying with know Kristin White, the owner of The Book Cellar. After an exchange of emails, Steve and I make arrangements for a return visit at a time when we are certain the store will be open.

Kristin is just setting up as we arrive, pushing back the shutters to reveal a sign promising ‘Books’, ‘Toys, Gifts & Souvenirs’, ‘Art’ and, intriguingly, ‘Oddities’. She welcomes us warmly and it immediately becomes apparent that, while her shop may keep part-time hours, Kristin’s love of stories and the community of St George’s is a full-time, wholehearted commitment. 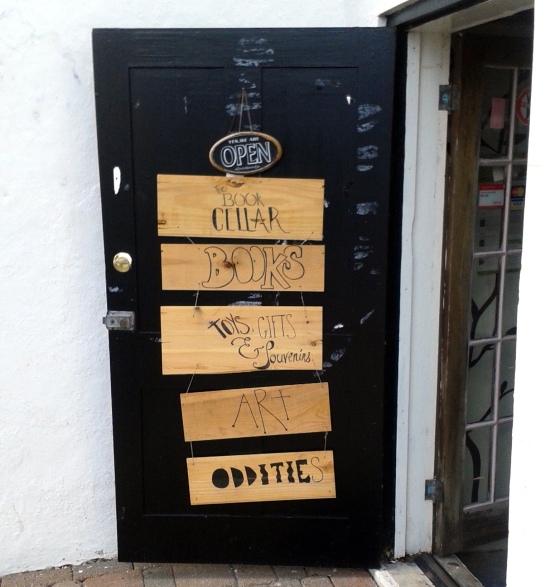 As well as running the bookshop, with local poet Yesha Townsend, Kristin is development director of the St George’s Foundation and the town’s cultural tourism manager. She stars in a weekly ghost tour she created to bring some of the place’s 400 years of history to life. In addition, she writes creative non-fiction, and recently masterminded a historical murder-mystery evening at a nearby restaurant, using a scandal that took place in the town several centuries ago.

While I wander around the shop, she is constantly greeting customers, talking to fellow business owners and waving to people passing in the street.

Kristin’s creativity and enthusiasm are strongly reflected in The Book Cellar. Its two, small rooms are crammed with fascinating stories and objects, and there are several works by local artists on display.

Up on the shelf near the doorway into the second room, an old hardback volume stands, fanned open with the word ‘Love’ carved into its pages. On a table nearby, a newspaper-wrapped oblong promises the purchaser a ‘Blind Date with a Book’ for the bargain price of $5. Whoever is bold enough to buy it will know only that the package contains ‘Young adult fiction perfect for readers of adventure & action’ – until they hand their money over. 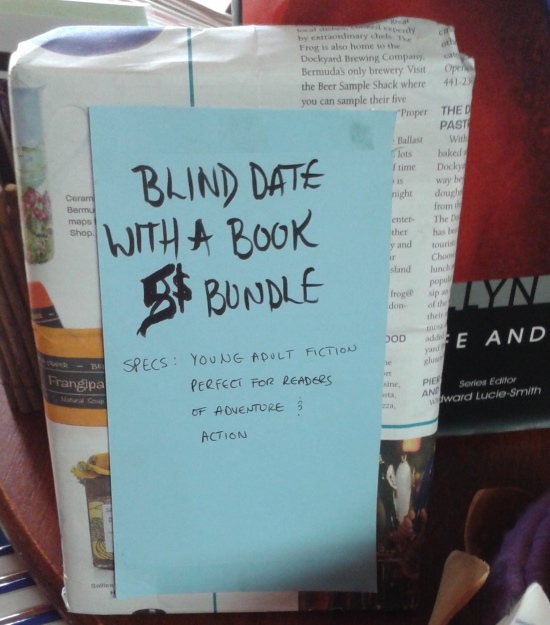 Although the selection of new books is very small, it is eclectic. Alongside various poetry volumes, as well as Suzanne Finamore’s Split: A Memoir of Divorce, Cheat: A Man’s Guide to Infidelity and Greg Kading’s sensational-sounding Murder Rap: The Untold Story of the Biggie Smalls and Tupac Shakur Murder Investigations, I am pleased to see a number of translations, including Jenny Erpenbeck’s Visitation and Dostoevsky’s The Brothers Karamazov.

When I remark on this to Kristin, she tells me that, when she took over the store four years ago, her aim was to focus on international fiction, as it is a particular interest of hers. The stock is low at the moment, but she and Yesha plan to reassess and bring in some more books in the coming months, with several trips to literary events abroad on their wish list.

Meanwhile, The Book Cellar’s second-hand section is thriving. You can almost hear the shelves in the back room groaning under the weight of the titles stacked on them. And although the selection here is fairly mainstream and anglophone – a lot of James Pattersons, Dick Francises and Stephanie Meyers, some Anne Fadiman, a Tom Wolfe and two copies of Bill Clinton’s My Life – there are some more unusual finds to be had. Over by the window, Steve spots the gekiga manga Path of the Assassin by Japanese writer Kazuo Koike and artist Goseki Kojim.

Back in the new books section, I settle on Ways of Dying by the South African writer Zakes Mda. I take it to the till and pay as Kristin tells me about plans she has for two further tours in the town – one to do with food and the other, a bicycle trip.

‘When people ask me what I do, I say I sell story,’ she says. ‘St George’s main export is story.’

Back on Water Street, walking down towards the main square, where even now a ducking-stool juts out above the water showing where town gossips used to be dunked in the sea (and re-enactors still get wet from time to time), I can’t help thinking she’s right.