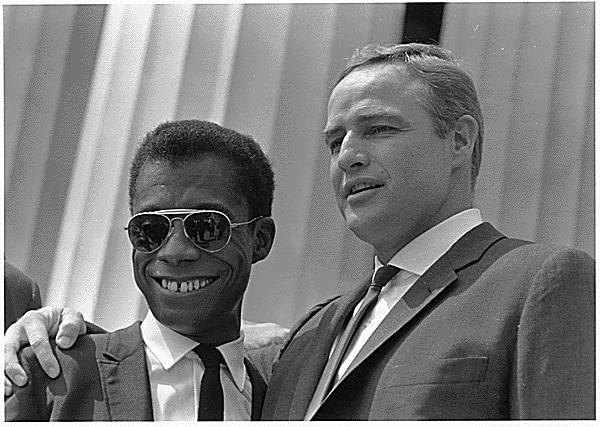 A while ago, I got a message from a reader in the US. In the wake of the recent widely reported police killings of unarmed African-Americans and the unrest that erupted in several cities as a result, she was keen to read something that would help increase her understanding of racial tensions in her home country. Had I encountered any such books on my literary adventures that I could recommend?

Conscious that this was very much not my area of expertise, I made a few tentative suggestions of things I hoped would at least be a starting point. Chief among them were Alex Haley’s reimagining of the experience of slavery, Roots, and the civil rights activist James Baldwin’s The Fire Next Time.

In fact I had read Baldwin’s most famous book only a few months before and my head was still full of its powerful, disturbing and urgent arguments. So, when I heard that leading Congolese writer Alain Mabanckou (who now divides his time between Paris and the US), had written an ode to him, I knew I had to take a look.

Addressed directly to Baldwin, who died in 1987, Letter to Jimmy is a reading of his life and work. Weaving in extracts of his writing and the words of many other important commentators, such as Frantz Fanon and Malcolm X, it follows Baldwin’s life from the streets of Harlem to the French Riviera. In this way, it reveals how Baldwin’s views developed, as well as their significance and resonance in Mabanckou’s own life.

The intimacy of the portrait neatly demonstrates the link between the personal and the political. Through descriptions of photographs of Baldwin, the tensions with his paranoid preacher stepfather and his encounters with homophobia, Mabanckou reveals how our experiences shape our world view and vice versa, and shows how, as he writes in his postscript ‘the life of every author is often its own novel, even a tragic one’.

The narrative bristles with insights. From the different challenges facing migrants in Europe and black Americans, to the ongoing problems in many parts of Africa, where, ‘aid is nothing more than veiled prolonging of enslavement’, Mabanckou engages fully and frankly with many of the passionate and often furious arguments Baldwin made throughout his life.

He has some thought-provoking things to say about African writing too. I was particularly struck by his comments on the rise of what he calls ‘child soldier’ literature – something I encountered several times during my quest – and the pressures he claims that many contemporary authors feel to write exclusively about the negative aspects of their compatriots’ experience. ‘If we are not careful, an African author will be able to do nothing but await the next disaster on his continent before starting a book in which he will spend more time denouncing than writing,’ Mabanckou observes.

These sometimes controversial observations are couched in prose – translated by Sara Meli Ansari – that is often breathtaking in its clarity and beauty. My copy is filled with notes exclaiming ‘yes!’ and ‘wow’ alongside phrases such as this description of Cameroonian author Mongo Beti, who ‘believed that a writer should stand up, place blame where it is due and roar in the face of current events’, or this portrayal of the hidden deprivation a few steps from the bustle of Paris’s prestigious boulevards: ‘behind the thoroughfare, there is always a dark alleyway, a dead end, a cul-de-sac. And at the end of this alley, a man is seated on a bench, a can of beer in his hand.’

That said, the passively sexist slant of the writing is disappointing. With the ubiquitous use of ‘he’ – instead of ‘one’, ‘he or she’, varying ‘he’ with ‘she’, or a plural alternative – and pretty much exclusive reference to works by men, it would be possible to come away from this book thinking that the issues Mabanckou discusses are a purely male preserve.

That would be a shame, because this is a work that deserves to be read widely by people of all genders and ethnicities. A masterclass in the way texts and writers can talk to one another across linguistic, temporal, geographical and political boundaries, it has lessons for everyone – not only on some of the injustices that continue to blight human society, but on writing, storytelling and what words have the power to do. A great and important book.

Picture: James Baldwin with Marlon Brando on a civil rights march in 1963, from Wikimedia Commons