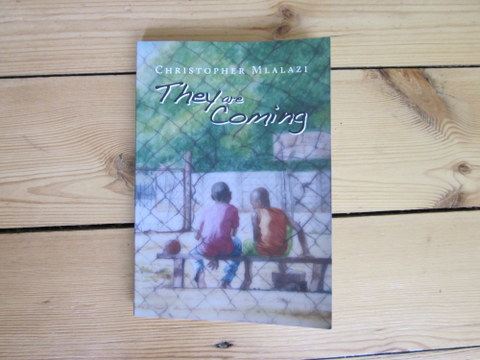 As those of you who followed this blog during my year of reading the world back in 2012 will remember, Africa is by far the most difficult continent to get published literature in English from. Not only is there a serious lack of translation (which meant that I often had to resort to unpublished manuscripts and even had to have something translated specially by a team of volunteers in one case), but in countries where English is widely spoken there are often very few publishers and weak networks for getting books out. The result is that very few stories written by African authors make it onto bookshop shelves in places like Britain and America.

Luckily, there are organisations working to change this. The African Books Collective (ABC) is one such – for more than 20 years, it has distributed African literature around the world and now represents 147 publishers from 25 nations in the continent. It came to my rescue several times during my quest and was the means by which I discovered Weaver Press, the Harare-based publisher behind Tendai Huchu’s The Hairdresser of Harare, which I read for Zimbabwe.

I very much enjoyed that book, so when the ABC’s Justin Cox told me about a new book from Weaver Press, Christopher Mlalazi’s They are Coming, I was keen to take a look.

Set in Lobengula Township in Bulawayo, northern Zimbabwe, the novel reveals the personal cost of the traumatic events in the nation’s recent past. It is told through the eyes of Ambition, a young boy whose family is thrown into disarray when his older sister, Senzeni, runs away from home to join the pro-Mugabe youth militia. Switching between 2004 and the time of the 1977 War of Independence, the narrative traces a series of old grudges and scores, revealing how violence begets violence on both a domestic and national level.

Mlalazi’s skill shines through in the little details. Every so often, his spare prose is illuminated by a glorious image, bringing the narrative alive and plunging us into the heart of the scenes he describes. There is the national flag streaming above the Green Bombers militia so that they look ‘as if they’re accompanied by a brightly coloured bird’, for example, and the group of people scattered by police tear gas ‘as if they’ve been flung hither and thither by a giant hand’.

This fine observational detail accompanies a host of strong female characters – a recurring trait in much of the African literature written by men that I have read. From the irrepressible prostitute MaVundla, who does not scruple to abuse and exact revenge on clients who do not pay, to the angry Senzeni herself, the narrative is thronged with women determined to assert themselves.

When set against the multitude of threats that render daily life perilous – including economic breakdown, political spies, guerrilla attacks and witchcraft (it is widely believed, for example, that new underwear can be used to cast a spell that will make a woman menstruate to death) – this intransigence is admirable. As Ambition’s mother observes, ‘this isn’t about politics, […] it’s about survival.’

That’s not to say that this is a perfect book. The nuts and bolts of the narrative creak. Tenses slip, conversations meander, and the various revelations of the narrative tumble into view rather clumsily. Now and then, the stripped-back prose reads more like a synopsis than a rounded, fleshed out novel.

In addition, the question of who Mlalazi is writing for crops up a few times. Having been a fellow on the University of Iowa’s prestigious International Writing Program and a Guest Writer of the City of Hanover, among several other accolades, Mlalazi clearly has an eye on the international audience, meaning that he sometimes shoehorns in rather chilly exposition in an effort to keep us all up to speed. His writing works best when he treats as locals, trusting us to infer what we need to know. (The section where he gives us directions to Jiba village, for example, is great because it allows us to put off our foreignness and entertain the illusion that we are residents of Plumtree district.)

Despite these problems, however, this is a refreshing and brave book. It is an illuminating view from a section of world society that usually goes unheard. As an imaginative account of the trials and challenges facing ordinary people under Mugabe’s rule, it is valuable. Weaver Press must be applauded for continuing to put out such works in the face of many obstacles. Let’s hope there are lots more to come.

They are Coming by Christopher Mlalazi (Weaver Press, 2014)