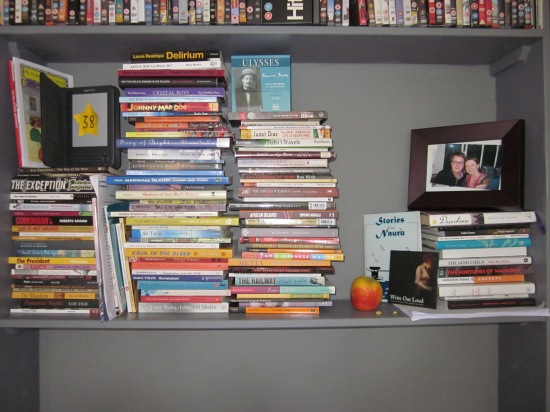 I stoogled upon Frederick Yamusangie’s website when doing a bit of preliminary research into literature from the DRC earlier this year. Born in what was then Zaire (the country reclaimed its name in 1997 after the ousting of President Mobutu), the Congolese writer studied Communication Engineering at the University of Kent and now lives in the UK, where he has self-published several poetry anthologies and his novel Full Circle. As it turned out, after several more hours of searching and sending out queries, he is one of the very few DRC writers to have work available in English today.

It’s hardly surprising when you consider what the Francophone nation has been through. Home to the planet’s deadliest conflict since World War II, Africa’s second-largest country has seen more than 5.4 million of its people die as a result of the fighting since 1998. Despite being rich in natural resources, DRC is the state with the second-lowest GDP per capita in the world. Small wonder then that promoting a publishing industry does not figure very high in many people’s priorities there.

With so little to go on, it seemed perverse not to give Yamusangie’s novel a try. And so, swallowing those die-hard qualms about self-publishing – which have turned out to be misplaced in several cases this year – I downloaded the book and set to.

Full Circle follows city boy Dada, who is sent to live in the village of Bulungu and learn about his culture when his father leaves the country to take up a diplomatic post in the US. The community seems pleasant enough at first, but as time goes by Dada discovers dark secrets and deep rifts beneath its peaceful surface that threaten to destroy him. Will secular Dada survive this superstitious minefield? Will his peers accept him as one of their own? And will the shapeshifting human-crocodiles in the nearby river get to carry out their wicked plans?

Yamusangie presents a nation divided by money. On one side sits Dada, who, because of his privileged upbringing, has ‘more knowledge of Western Europe than his own country’ and has never travelled in Zaire before. On the other is the rural population with its strong tribal traditions, loyalties and beliefs. At the start of the book, Dada is convinced that he knows enough about his culture and could ‘live in the USA[…] and still know how to relate to [his] own people’. Yet as the book goes on, he discovers he has much to learn.

The customs Dada discovers are eclectic and sometimes surprising. Magic, superstition and animistic beliefs weave through everything and are treated as part of normal life. When Dada goes for lunch at his teacher Mrs Betika’s house, for example, she tells him not to worry about a snake in the henhouse because it is the reincarnation of her auntie. Indeed, enchantments are big business, with many of the local spiritualists jostling to corner each others’ shares of the market and even plotting to murder a newcomer who seems to be too successful for his own good. The discussions of these customs and how they fit with the prevailing religion of Christianity, as well as the pressures on young people to abandon the old ways are fascinating, as are the glimpses into the rites of the secret society that tries to recruit Dada.

At times, however, the author’s sociological and historical insights hi-jack the narrative and send it hurtling off on long detours, sometimes threatening to derail it. This is not helped by an increasingly outlandish plot, which is sometimes held together with rather flimsy logic. For example, the reasons the police give for releasing Dada when he is accused of murdering a friend – that a child would never admit to doing such a thing and that children are incapable of killing anyone – are rather questionable.

It’s a shame, because there are some great moments in the story. The scene where the dead boy’s relatives converge on Dada’s guardian’s house seeking revenge is gripping. And by using a quote from that most famous of Congo-based novels, Joseph Conrad’s Heart of Darkness, Yamusangie makes his ambitions for the book clear.

With some robust editing and another eye on the work, he might have got there. As it stands, though, this is a fascinating and surprising book that opens up a little-known part of the world to English-language readers. It is rough round the edges, as many self-published books can be, but it contains some good things. I’m glad I chose it.