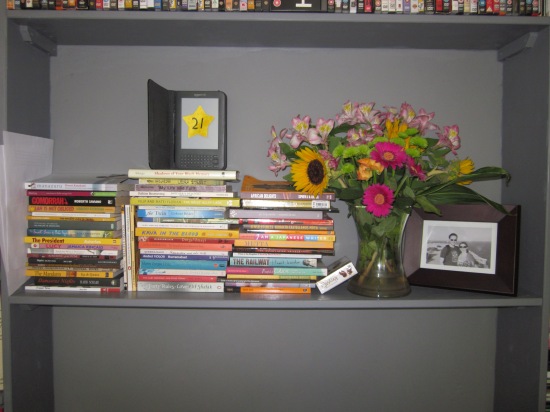 I was very lucky to have some excellent recommendations for Japan, including a hit parade of must-reads put together by Japanese writer Kyoko Yoshida (see the List for these). However the title of this book was given to me scribbled on the back of a business card at the end of a talk at the London Book Fair.

The card belonged to translator and editor Lucy North, who described Michael Emmerich, the translator of this novel, as her mentor. As I was studying it, I felt a tap on my shoulder and turned round to find myself facing Dr Valerie Henitiuk, director of the British Centre for Literary Translation. Henitiuk was one of the kind and patient people who put up with me asking all sorts of inane and obvious questions when I was researching this project late last year. We’d emailed and spoken on the phone but never met. It turned out she’d been sitting just behind me all the way through the panel discussion.

‘Lucy’s great,’ she said. ‘If she’s given you a recommendation, you should follow it up.’

That decided things. Much like my German book, it felt as though this novel was choosing me.

As it turned out, coincidences and unexpected connections were a very fitting way to come to Manazuru by Hiromi Kawakami. Charting the struggles of Kei to find meaning in her life 12 years after her husband’s disappearance, the book reveals the uncanny links that thread through the past and present, tying us to events that are yet to come.

Disorientation is a big theme in the novel. Drawn again and again to the little seaside resort of Manazuru, Kei wades through a sea of half-memories where time telescopes in on itself and ‘things are vague, unsettled’. Against the relentlessly shifting backdrop of the ocean, she finds the world flooded with otherwordly figures and oddly familiar people and scenes that wash her into a whirlpool of remembering in which she founders, seeking the rock on which she can build a meaningful life.

Kawakami’s spare and precise style works by homing in on details that flash like beacons in the grey mist of Kei’s confusion. From the mended tear in the sleeve of a café cook, to the interaction of bulbul birds in a persimmon tree, she creates a sense of an intricate world balanced by the minute movements of its constituent cogs and wheels.

This attention to specifics gives Kawakami’s work a poetic power, which enables her to write about the contrariness of human emotion and existence with sometimes shocking clarity. Riffing on the theme that ‘disgust and tenderness do not stand in opposition’, she reveals the strange sense of detachment that runs through much of life: ‘however fiercely we hurl ourselves together, it comes to seem that we are only mimicking forms that we have seen before, somewhere’, reflects Kei.

This sense of isolation coupled with gasps of sudden emotion and violence that shudder the text, gives the novel a compelling and often eerie feel. We do not always know where we are or what we are witnessing, but this is the key to the narrative’s power: cast adrift on an ocean of impressions in this striking and subtle work, we come to appreciate the vastness of human experience – and that loneliness may sometimes be the thing that binds us together most of all.

Manazuru by Hiromi Kawakami, translated from the Japanese by Michael Emmerich (Counterpoint, 2010)