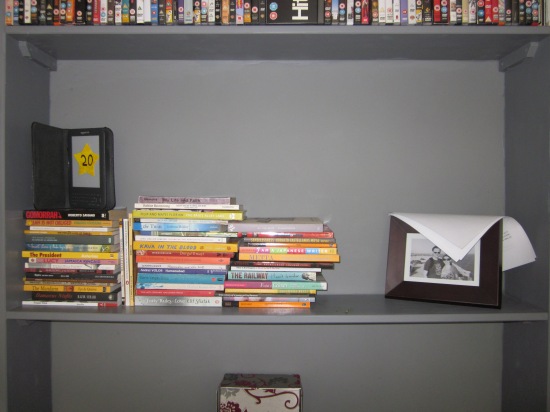 The question of who decides which of the many millions of books in other languages make it into English has fascinated me since I started to plan this project to read a book from every country in the world in 2012. As confirmed by a recent seminar on ‘Gatekeepers’ at the London Book Fair’s Literary Translation Centre, it’s a complex chicken-and-egg sort of issue that depends on who you think drives trends in publishing – publishers, readers, critics, translators or someone else entirely?

One person who was also at the Gatekeepers seminar was translator Katy Derbyshire (although I didn’t know this until a former colleague, translator Cathy Kerkhoff-Saxon, introduced us a few weeks later and we made the connection). Based in Berlin, Derbyshire has recently set up a book group for publisher And Other Stories, a small indie house that prides itself on sourcing great literature from some way off the beaten track.

The purpose behind the group, as she explained to me, is to use German literature fans to assess titles and recommend which ones the company should sign up for English translation. And Other Stories is, as far as she knows, the first publisher to work in this way and since the company was founded in 2010 it has built a reputation for putting out high-quality and innovative titles. Now Derbyshire hopes that her group of around 13 exchange students, translators and writers (most of them not native German speakers) will contribute to the growth of the company’s list by picking out works different to the clichéd German ‘Nazi novels’ that many UK publishers lean towards.

The connection with Derbyshire was doubly surprising because And Other Stories had sent me one of the first books she translated for them only a few weeks prior to the London Book Fair. With the powers that be seemingly conspiring to steer me towards this particular title, it seemed perverse to choose anything else.

Peopled with outsiders and underdogs, Clemens Meyer’s Leipzig Book Fair Prize-winning short story collection All the Lights puts society’s misfits centre stage. From the boxer on a losing streak to the unemployed loner whose world has shrunk to the letters he receives describing a long-lost friend’s adventures in South America, the characters in Meyer’s universe are all diminished, saddened versions of their younger selves, often set against the unforgiving backdrop of post-unification East Germany.

Many have retreated into paranoia, as in ‘The Shotgun , the Street Lamp and Mary Monroe’, in which a mentally ill addict mutters to himself in the living room up the hall from the bedroom where his girlfriend lies, ominously still:

‘I need a strong heart so I don’t go back to my shoes. In my shoes, out in the hall. I’ve hidden something in there under the orthopaedic insole, it’s a sort of emergency supply, but I don’t need it anymore, I’ll chuck it down the toilet later and flush it away, but actually an emergency supply’s only for a real emergency, and I’m sure that won’t happen now, and if it does I’ll stick it out, so I might as well just leave the stuff in my shoe.’

Meyer’s minimalist style (rendered through Derbyshire’s deft translation) enables him to cram words with significance, changing the mood in a clause and sketching a backstory in a sentence. This means that he can evoke extremely powerful and often surprising responses in the reader. ‘Of Dogs and Horses’, for example, in which we spend the story anticipating one kind of disaster only for the rug to be pulled from under us in quite another way in the final ten words, is devastating. Similarly, in ‘Fatty Loves’, we find ourselves in the unusual position of pitying a middle-aged teacher dismissed for an inappropriate relationship with a young girl.

This minimalism combines with a jagged chronology in which time jumps like a scratched record, hurling the characters back and forth between the present and the years gone by. With hints of missed connections between the stories – the same description of a girl’s teeth cropping up twice leading us to wonder whether the adult in one story is the same as the girl in ‘Fatty Loves’, familiar hints of the school sports field, and the humming of fridges in several lonely flats – this creates a powerful sense of wistfulness, as though other, better possibilities are forever unfolding slightly out of reach.

Once or twice the structure becomes a tad baggy as a result, as in ‘Riding the Rails’, the least successful story in the collection, in which a pair of ex-cons lose themselves in a rent-boy scam. For the most part though, it is incredibly skilfully handled.

Stuart Evers writes in his introduction that the stories reveal ‘the terrifying possibility of now’, but there is a sepia tint to Meyer’s lens that undercuts this statement. These tales take place in a world where people are woken by digital clocks rather than mobile phone alarms, where they make calls from phone boxes, write letters, and think in Deutschmarks, and where the tentacles of the internet have yet to penetrate. Seen in this light, the works are more about the tragic properties of ‘then’ than the possibilities of now. But Meyer’s achievement is to make that ‘then’ belong to all of us, whether we lived through it or not. Outstanding.

All the Lights by Clemens Meyer, translated from the German by Katy Derbyshire (And Other Stories, 2011)