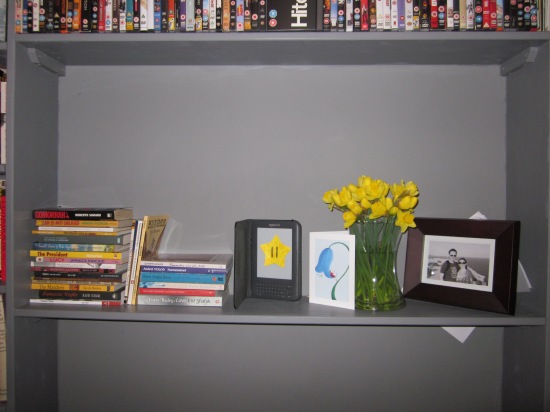 They say you shouldn’t judge a book by its cover. But when I saw Clockroot Books’ 2009 edition of Margarita Karapanou’s 1974 classic Kassandra and the Wolf, complete with Ihrie Means’s disturbing cover art — a woman’s body topped with a wolf’s pelt and reflected in a mirror — I had to take a closer look.

One of literature’s youngest child narrators, six-year-old Kassandra is also one of its most unsettling. In fact, with her detached, vicious and sometimes bizarre accounts of life at her grandmother’s home in Athens, she often seems every bit as embattled as Birahima, the former child soldier in Ahmadou Kourouma’s Allah is not Obliged.

Too young to feel obliged to present a socially acceptable persona to the world, Kassandra is unfailingly frank. Whether she is describing her torture and killing of the kitten ‘Borrowedy’, who is lent to her for a week, or her sexual abuse at the hands of grandmother’s chauffeur Peter — ‘He panted and sweated. I didn’t mind it too much’ — she overturns society’s tacitly agreed modes of talking about things again and again.

Even the favourite authorial trick of getting the reader onside by making the protagonist a book lover is disregarded here, with Kassandra declaring: ‘I don’t want to learn reading and writing’.

Sometimes, this unchecked verbalisation has great comic effect, as in the case of the PhD or ‘doctor’s desertation’, as explained by Kassandra’s acquaintance France:

‘Well, you see, you take a book and go to the middle of a desert or something and then you bury it in the sand for a long time and then you dig it up again and you find that all the words have got mixed up like the sand and then you put them all back in place only this time you put them back any way you like.’

Yet for all her frankness, Kassandra finds herself repeatedly sidelined, silenced and misunderstood. Where she releases outbursts of oddities or obscenities that reflect the troubling associations of her mother’s distance and her inner world, her refined relatives see only naughtiness and disrespect. Repeatedly chastened and instructed on ladylike behaviour, she develops a stammer before retreating into silence — ‘But I do talk to them, only I don’t use words’, she tells the specialist hired to assess her.

The danger of failed communication is made clear in the sad fate of Uncle Harilaos, who, having declared his desire to kill himself on several occasions, takes his own life.

Society, it seems, is not set up to accommodate so naked an expression of needs and longings. If Kassandra is to survive, she must learn to disguise and smother her impulses and join in with fashioning the conversational cat’s cradles the adults spin over her head. She will gain her place in the world this way. But she will also lose something too.

Compelling, strange and savage, this is a rare example of how a book’s cover can reflect the contents within.

Kassandra and the Wolf by Margarita Karapanou, translated from the Greek by NC Germanacos (Clockrootbooks, 2009)