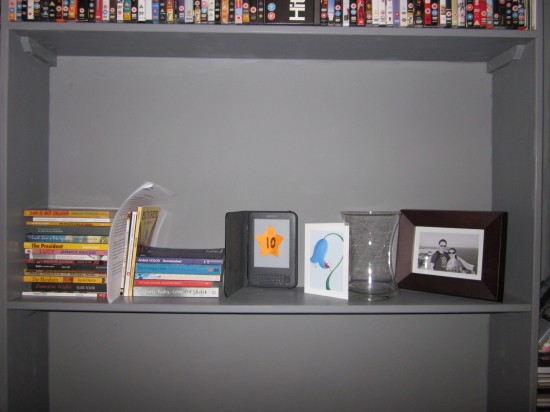 Apparently, there are people who take books back to bookshops. When I was studying for my Creative Writing MA, a visiting publisher told us that after Vernon God Little won the 2003 Booker Prize there was a rash of returns up and down the country in protest at DBC Pierre’s expletives.

No doubt if Ahmadou Kourouma’s Allah is not Obliged had enjoyed a similar prominence when it was published in the UK, a similar thing would have happened. Riddled with obscenities and swear words in both Malinké and English (French in the original), many of which are hurled directly at the reader, this story of life as a ‘small-soldier’ in West Africa packs a vicious punch, not least because it is narrated by Birahima, a 10-year-old boy.

Most squirm-inducing of all are Birahima’s repeated descriptions of himself and his community as ‘Black Nigger African Natives’. Seeing this most incendiary of words exploding again and again on the opening pages, I was reminded of what my Togolese author, Tété-Michel Kpomassie, wrote about his first encounter with the term:

‘It was the first time I’d ever been called that, though I’d long ago realized that when someone having a dispute with a black man calls him “rotten nigger” or “filthy nigger” or some such name, it’s always some embittered neurotic trying to work off frustrations that have nothing at all to do with the “nigger”.’

Kpomassie’s observations hold true here. In fact, as the narrative progresses and Birahima unfolds his gut-wrenching story of running away from life with his abused and disabled mother only to be co-opted into one guerrilla group after another in Liberia and Sierra Leone, witnessing torture, massacres, rape and butchery along the way, the reasons for his aggressiveness become clear. His linguistic assaults are as much about a war with himself as they are about a war with the world, and reveal his struggle to assimilate all he has seen, thought and felt.

The shock factor is only one side of it. Pithy and waffle-free, Birahima delivers a refreshingly concise and even wry account of West Africa’s recent political history with some piquant insights along the way: ‘The woman is always wrong. That’s what they call women’s rights’; ‘Refugees had it easier than everyone else in the country because everyone was always giving them food’. He even reveals the unacknowledged glamour that the life of the small-soldier seen from the outside may have for many deprived children, for whom a taste of power, respect and good food contrasts favourably with the destitution and helplessness of everyday existence.

The voice can get a little wearing now and then. In particular, the repeated bracketed definitions from the Larousse and Petit Robert dictionaries, which, Birahima explains at the beginning, he is using ‘to make sure I tell you the life story of my fucked-up life in proper French’ feel like a bit of a missed opportunity. While Kourouma does work the odd observation out of them now and then with Birahima’s alternative definitions of ‘torture’ — ‘corporal punishment enforced by justice’ — and ‘humanitarian peacekeeping’, there are too many straight definitions for this device to pay its way.

Nevertheless, the book is a startling and fresh insight into a situation most of us can thankfully only guess at, as well as a masterclass in characterisation. It deserves to be read widely. Outraged readers should be bombarding the returns desks in their droves.

However if the second-hand copy I bought through Amazon is anything to go by, that is unlikely to happen. Inside the front cover there is a ‘withdrawn’ stamp from the Bournemouth Library Service; since the library bought the book in 2007, not enough people have read it to justify keeping it on the shelves. Now that is something worth getting angry about.

Allah is not Obliged by Ahmadou Kourouma (translated from the French by Frank Wynne). Vintage (2007)