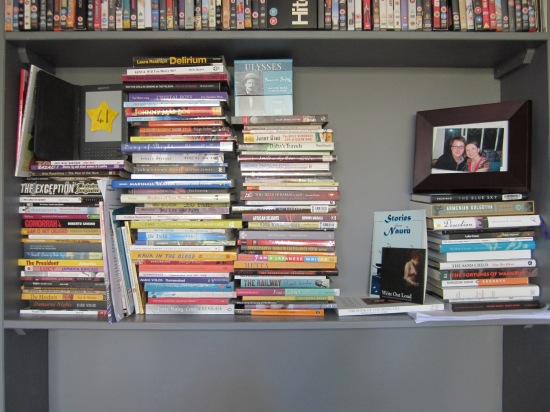 For a long time, there was only one name on the table for the tiny Caribbean nation of St Kitts and Nevis: Caryl Phillips. The award-winning playwright and novelist had been suggested by Sue for the list, and his track record was certainly impressive. No doubt if I read one of his 10 novels (and counting), I would find much to admire.

But there was something that made me hesitate: although born to Kittian parents in St Kitts and Nevis, Phillips left the country when he was just four months old and grew up in the UK. He is now Professor of English at Yale University. Phillips’s work certainly had a claim on being considered Kittian – in much the same way that Junot Diaz’s The Brief Wondrous Life of Oscar Wao is linked to the Dominican Republic – but I couldn’t help wondering what else might be out there from writers who had spent more time living in the country itself.

For a while, the answer seemed to be: not a lot. Much like writing from St Vincent and the Grenadines, books from St Kitts and Nevis seemed to be thin on the ground – at least as far as works that had made into wide enough circulation to reach readers outside the country were concerned.

Then I stoogled upon an article about Bertram Roach, a senior citizen on Nevis, who published his first novel in 2008. The book by the former electrician, who spent some time in the UK as an adult but was raised, educated and trained on the island, was greeted with a great deal of local enthusiasm and government minister Hensley Daniel praised the example Roach’s achievement set for the island’s younger citizens. It sounded like just the thing I’d been looking for.

Inspired by stories heard from the villagers and labourers on the Brown and Bush Hill estates, where Roach’s father was manager in the early decades of the 20th century, Only God Can Make a Tree traces the long shadow of slavery. The narrative focuses on Adrian, the mixed-race son of an Irish immigrant and a local woman, who, because of his light skin, has a degree of social mobility not afforded to many of his peers.

The early 20th century world should be Adrian’s oyster and he gets a good job as an overseer on St Kitts. Yet he finds himself caught between the two communities and, when he starts relationships with both a local Sunday school teacher and his boss’s daughter, it is only a matter of time before disaster strikes, setting off a chain of events that will take a generation to make good.

Roach’s plain style lends itself to his subject matter. Whether he is describing the race-based hierarchy of the society, where gradations of skin colour affect job prospects and status, or the mixture of fear and fascination that leads him to jeopardise his relationship with his true love Julia for the rich and flighty Alice, the author’s clear and direct prose makes his story memorable.

This is particularly the case when it comes to his handling of local traditions and customs. From zombie dances and Easter celebrations, through to curiosities such as the saying that when the sun shines while it is raining ‘the devil is beating his wife’, Roach delights in sharing his knowledge of his country with his readers.

This sense of authenticity is clearly important to him, as he makes clear in his Prologue:

‘Non-Caribbean authors have written books after brief encounters on the islands, taking back a notebook full of local gossip. One, Island in the Sun, was a bestseller and was made into a film.

‘I grew up on a sugar plantation in St Kitts and Nevis. The stories I tell are my real stories.’

In fact, the Prologue reminded me of a piece at the beginning of Cecil Browne’s The Moon is Following Me, my choice for Saint Vincent and the Grenadines. At the time I read that, I thought its unusually direct and somewhat declamatory style was peculiar to Browne, but finding a similar introduction at the start of this book makes me wonder whether such pieces might be something of a literary tradition in some Caribbean nations.

Such directness, however, is not always successful in the main body of the book. At times, Roach pushes the narrative aside to expound on topics such as the unscrupulousness of obeah men and his belief that ‘class and colour are the two greatest social evils in most parts of the West Indies’. The plot is also threadbare to the point of reading more like an outline at some points, as though Roach is rattling through it in his impatience to get on to the next episode that sparks his interest.

Nevertheless, there is a lot to like in this book – and much to interest the non-Kittian or Nevisian reader. Roach set out to tell the stories he wanted to in his own way. And, in that sense, the book is a great success.

Only God Can Make a Tree by Bertram Roach (Athena Press, 2008)