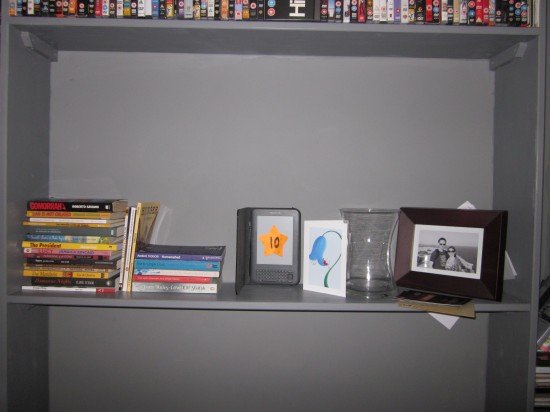 The power of compelling storytelling has been demonstrated this week. Within hours of the release of Invisible Children’s KONY 2012 film urging the world to ‘stop’ Joseph Kony, leader of Uganda’s Lord’s Resistance Army, by lobbying for his arrest, the subject was trending on Twitter, clogging up Facebook feeds and scoring Youtube hits in the millions.

The premise of the film is simple. Director Jason Russell exposes the atrocities of the rebel group, which has recruited and brutalised 30,000 children since its inception in 1987, through the story of one former child soldier, Jacob, whom he met while visiting the country as a student nine years ago. The sucker punch comes in the form of a description of the actions of Joseph Kony to Gareth, Russell’s young son, who, on hearing about the deeds of the ‘bad guy’ for the first time, declares that we must ‘stop him’. The issues are so simple and clear-cut, it seems, that even a four-year-old child can grasp them.

However, I suspect Italian journalist Roberto Saviano, author of Gomorrah, which blew open the workings of the Neapolitan mafia in 2006, would advocate a different approach.

Like Russell, Saviano has a personal stake in the story he is telling. In fact, he grew up in the area and watched acquaintances, friends and even his own father suffer at the hands of the Camorra, which metes out a level of violence that Saviano claims has hurled the region into a covert civil war.

His passion for his topic is evident. He knows the power of the personal story every bit as well as Russell does and uses it again and again to bring home the horror of life in the region. We hear of teenagers caught in the crossfire, priests executed for speaking out, beheadings, burnings, flayings, and even the clan member killed by having his mouth and nose stuffed with sand. Indeed, Saviano goes much further than Russell in his attempt to paint a vivid picture, having witnessed the aftermath of brutal murders many times. ‘I believe the only way to truly understand, to get to the bottom of things, is to smell the hot breath of reality, to touch the nitty-gritty,’ he writes.

The individual accounts, though, are only one aspect. Packed with facts, figures, names and details — the result of years of painstaking research — the book traces the web of power in which the region is entangled, revealing how the Camorra controls 50 per cent of Naples’ shops, as well as Campania’s rubbish collections, milk distribution, music festivals, factories, construction, the merchandise it ships all over the world and even parts of the global fashion industry. Saviano’s aim, he says, is to ‘pull the threads of the economic knot one by one to arrive at the criminal head’.

He also contextualises his accounts, providing a rounded picture of Camorra life — from the complex codes that govern the clans’ relations with women and religion to the bizarre copy-cat effect that films like The Godfather have had on the gangsters. At times, he almost seems to feel compassion for the clan bosses, who enjoy a brief reign in the full knowledge that they will soon be overthrown and murdered, writing of the ‘suffering and solitude of a man who must always think he is about to be killed’.

Set against this are the ambulance-chasing reports of the world’s media, which arrived to cover a particularly bloody conflict between clans in 2005. Ignorant of the context and character of the world they are covering, the journalists tear through the streets in search of ‘the worst possible story in the shortest possible time’. In extreme cases, their camera lenses seem to accelerate the horror, goading the gangsters to even greater shows of machismo and ‘the war kills quickly, out of respect for the reporters’. The desire to condense what is a complex and far-reaching crisis into a simple narrative of goodies versus baddies appears to do more harm than good.

Not long after the publication of the book, the Camorra set a bounty on Saviano’s head and he was forced to go into hiding, where he remains to this day. No doubt, if someone asked him if he would like to ‘stop’ the Camorra, he would say yes. But his book shows that the only way we can hope to tackle such entrenched and widespread criminality is by tracing the roots of the problem, understanding its context and the complicity of everyone involved in it, including ourselves.

Arrest one clan boss and there’ll be another one tomorrow. And, who knows, he may be worse.

Gomorrah by Roberto Saviano (translated from the Italian by Virginia Jewiss). Publisher (this editon): Pan Books (2008)