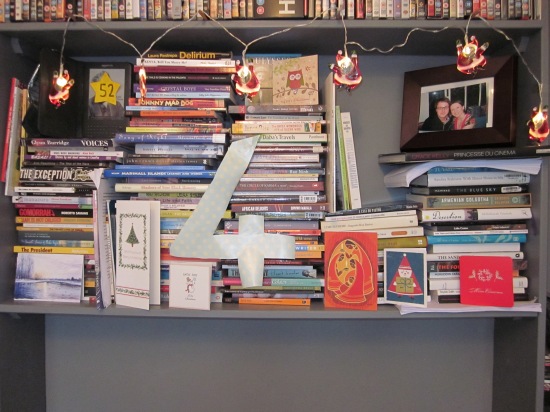 This was a recommendation from Jim Dingley, acting chairman of the Anglo-Belarusian Society. In fact it was one of several suggestions he sent me from among the relatively tiny number of Belarusian works to have made it into English so far.

The front-runner of these was Paranoia, a banned novel by contemporary author Victor Martinovich. As far as Dingley knew, the translation was due out imminently. Sadly, however, when I contacted Martinovich, it turned out that the book would not be published by North Western University Press until 2013. For now, I would have to content myself with reading a review of the original in The New York Review of Books.

In the absence of Paranoia, the next title to catch my eye on the list was Uladzimir Karatkievich’s King Stakh’s Wild Hunt. I liked the sound of it because, according to Dingley, Karatkievich is regarded as ‘the most Belarusian of novelists’. The link he’d sent me to the free online pdf was, as far as he was aware, the only English version of any of the author’s historical works available. The one sticking point, he said, was that the translation wasn’t very good. Duly warned, I decided to take the risk.

The novel unfolds 96-year-old Andrei Belaretski’s account of the events of 1888, when, as a young ethnographer, he went to the remote Belarusian District N to collect folk stories and legends. After his carriage gets mired in one of the region’s treacherous bogs, Belaretski seeks refuge in the gloomy Castle of Marsh Firs, only to find the terrors of the heaths are matched by the horrors lurking within its walls. Taking pity on the estate’s teenage mistress, Nadzeya – the last of the aristocratic Yanowski family – the hero decides to do what he can to free her from the ancient curse that keeps her shut in from the world. But, as the weeks go by, Belaretski discovers the ghostly goings on in and around the castle are far from what they seem.

This is storytelling at its most delicious, gripping and gothic. From the life-and-death struggle to save the carriage from sinking into the dismal wastes, to the spooky Little Man and Lady-in-Blue prowling the castle’s corridors – not to mention the otherworldly huntsmen who sweep silently across the landscape hounding unfortunate travellers to their deaths – Karatkievich is a master of suspense. Indeed, in his frequent foreshadowing of horrors to come and wry references to other gothic novelists such as Anne Radcliffe, he seems to revel in playing with readers, watching us tiptoe around the maze his imagination has created. He even pokes fun at his craft at points, having one of Belaretski’s allies admonish him for his impatience to get to the bottom of things with the observation that ‘everything is cleared up easily and logically only in bad novels’ (before going on to tie everything up as neatly as anyone could wish).

This narratological virtuosity goes hand in hand with some great writing. We read, for example, how Belaretski ‘felt the wind of the centuries whistling past [his] back’ as he looks at the portraits of the Yanowski family and that ‘one has to be a misanthropist with the brain of a caveman to imagine [the bleakness of District N’s peat bogs]’. The narrative is so evocative, in fact, that I found it transformed not only my imaginary universe but the world around me too. Out of the corner of my eye, the television in my living room seemed transformed into a crackling fire and the drizzle outside the window became whirling snow as I read, as though my surroundings themselves were under Karatkievich’s spell.

This made me wonder about Dingley’s comment on the translation. Leaving aside one or two slightly clunky moments and odd notes, the narrative is so enjoyable and readable that it is certainly not ‘bad’ in the sense of being clumsy and grammatically incorrect, which is what people usually seem to mean when they talk about the quality of works converted from other languages. I could only conclude that Dingley must have been talking about how representative the text is of the original – and indeed there is a cosy familiarity to it that made me wonder how far translator Mary Mintz had stretched to make the work appeal to English-language readers (if you can shed light on this, do let me know).

That said, there is one element in the novel that remains indisputably Belarusian: the seam of national pride that runs through it. This appears in many guises, from the narrator’s evocations of ‘Byzantine Belarus’ in the opening pages, to his affectionate and sometimes despairing observations on the characteristics he and his compatriots share. There is also a somewhat subversive aspect to this novel – published during the Soviet era – in the form of the repeated jibes against Imperial Russia and the corruption of officials working for the regime. These add a welcome piquancy to the narrative, particularly in the final chapters where Belaretski encourages local peasants to rise up against the mysterious forces of oppression.

Faithful to the original or not, this a hugely enjoyable read. Gripping, witty and wonderfully spooky, it is the ideal story to curl up with on a dark December evening. A gift for gothic novel fans the world over.

Merry Christmas all. See you the other side for the final three posts of the project!