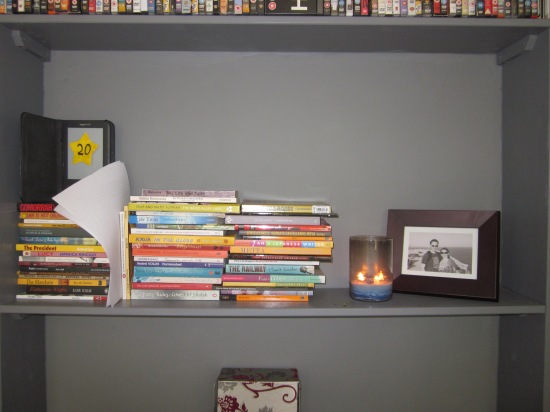 Novels with messages are hard to do well. Even the best writers can become worthy bores when they set out to change people’s minds about something, turning their rounded characters into two-dimensional puppets jerking on the strings of their social and political beliefs.

No wonder then that my heart sank when I saw the phrase ‘great novel of social protest’ in the foreword to the rather ancient edition of The Villagers by Jorge Icaza, which winged its way to me from one of the independent sellers on Amazon. Clearly this was going to be a barrel of laughs.

At first glance, a summary of the plot seemed to back up my misgivings. Set in the remote Ecuadorian jungle, the novel describes landowner Don Alfonso Pereira’s project to build a new road through the swamps, documenting the hardships and mistreatment of the indigenous ‘Indian’ tribes forced to sacrifice their labour, lands and lives to the endeavour. Cheated, abused, starved and exploited by the magnates who buy and sell them with the territory, the Indians endure more and more extreme sufferings, until at last one of them, Andres, is pushed over the limit when his partner Cunshi dies, sparking a rebellion with tragic results.

What makes the book great, however, is Icaza’s ingenious approach to his subject matter. Starting the novel with insolvent Don Alfonso undergoing an uncomfortable interview with his creditor uncle, the author turns us through 180 degrees, shifting our sympathies from the harassed landowner to the people he exploits so that by the end of the book we are as impatient for Don Alfonso’s overthrow as the Native Americans are.

Much of this is achieved by the shocking descriptions of callous treatment and cruelty throughout the book. Numerous incidents stand out, from the wet-nurse forced to leave her baby to starve to death while she feeds Don Alfonso’s granddaughter, to the worker pulled to death by ropes thrown round him in an attempt to drag him out of quicksand. In addition, sadistic figures dominate the narrative, such as the one-eyed foreman who has free reign to practice his quack medicine on his charges. His remedy for malaria is particularly nasty: whipping sufferers to run until they collapse and then feeding them a mixture of brandy, herbs, urine from a pregnant woman, lemon juice and ground guinea pig excrement.

Icaza’s insight into the human psyche helps him add depth to these visions of horror, revealing the lies people tell themselves and each other in order to be able to treat fellow human beings like dirt. He shows how greed masquerades as progress and callousness dresses itself up as discipline in the minds of the oppressors. Perhaps most memorable of all is the role of the church in perpetuating the fear and poverty of the Indians, oozing hypocrisy at every pore, as in the scene where Andres goes to try to find a plot in the graveyard for Cunshi and has the pricing structure of the different areas explained to him by the priest:

‘These unpainted wooden crosses belong to the poor cholos and Indians. As you can easily understand they are a little far from the sanctuary, and the prayers sometimes reach them and sometimes don’t. God’s mercy, which is infinite” (the priest made another bow and another salute with his birreta and with his eyes) “has destined these unhappy souls to go to Purgatory. You, my dear Chiliquinga, know what the tortures of Purgatory are like. They’re worse than those of Hell.’

At times, the narrative can be a little hard to follow. While Andres and Cunshi are fully realised, many of the rest of the Native Americans remain shadowy, faceless figures who don’t step off the page. This is exacerbated by Icaza’s stylistic fondness for strange streams of dialogue, in which a myriad of unidentified voices comment on an event as it happens.

But these are small quibbles. All in all, though, this is an extraordinary novel, which forces the reader to confront the chilling capacity of an ordinary person to delude him or herself into sanctioning horrific acts. It reaches beyond the specific social issues of its time to reveal truths about humankind and still resonates 80 years on from its publication. A powerful reminder of what storytelling can do.

The Villagers (Huasipungo) by Jorge Icaza, translated from the Spanish by Bernard Dulsey (Arcturus Paperbacks, 1974)