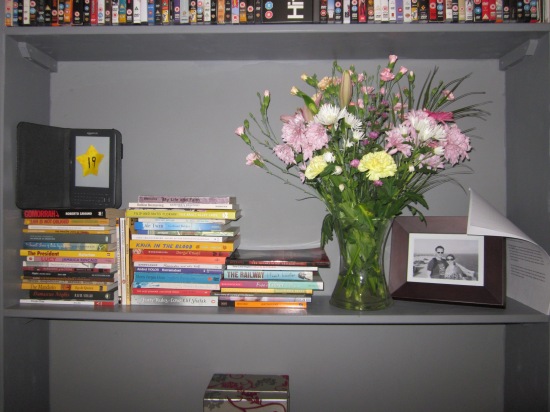 There are some titles that reach off the shelves, grab you by the throat and all but frogmarch you to the check out (or in this case the virtual cash desk with the little man hiding somewhere around the back of the computer) to make you buy the book. Horacio Quiroga’s The Decapitated Chicken and Other Stories was one of these: as soon as I stumbled across the work on one of Wikipedia’s lists of writers by nationality, I knew I was going to read it. The fact several visitors to this blog subsequently recommended it only made me more excited about what I might find inside.

As its name suggests, this collection of short stories – selected from across Quiroga’s oeuvre by translator Margaret Sayers Peden – focuses on the startling, violent moments in which lives are altered beyond recall. Death, cruelty and vicious coincidence stalk its characters, feeding off their weaknesses and rarely allowing anyone to escape scot-free. There is the Indian worker driven to plot his bloody revenge by the high-handed discipline of a captain in ‘A Slap in the Face’ and the father who retreats into eerie hallucinations after his young son’s death in a shooting accident in ‘The Son’ – a real shiver-in-the-sunshine moment in the best of the Gothic tradition. Meanwhile, the mini-masterpiece that is the title story shows how years of disappointment, hard luck and neglect can be distilled into a single, horrific act.

Jean Franco and George D Schade make much of the disturbing events of the writer’s own life in their Foreword and Introduction (several of Quiroga’s closest relatives and friends died in violent accidents, his first wife committed suicide and he killed himself in 1937). While these traumas must have impacted heavily on Quiroga, there is a strangely panicky feeling about the critics’ repeated references to them, as though they are anxious contain, defuse and even explain away the savage power of the text. At times, their comments take on the apologetic tone of the relative outside the room of the manic-depressive, whispering that dear Quiroga is not quite well.

This is perhaps because many of the stories in the book exhibit a disturbing, almost anarchic, approach to reality and sanity that is even more troubling than the violence they portray. From weird parables such as the story of ‘Julian Darien’, in which a tiger transforms into a boy only to be tortured to death by the villagers when his mother dies, to the excellent ‘The Pursued’ — which describes the narrator’s obsession with a mentally ill friend-of-a-friend that makes him desperate to get at ‘the madman behind the actor who was arguing with me’ — the stories never allow the reader to relax. Turn your back for a second and the landscape has shifted, the rules changed: Quiroga is a writer who must be watched at all times.

It doesn’t always work. Some of the reversals are too abrupt and, while many of the animal stories are compelling, the anthropomorphism occasionally falls flat on its face – ‘Anaconda’, for example, in which snakes set out to attack the research centre trying to find an antidote to their venom feels like a bridge too far. Similarly, Quiroga’s dipping between registers, which is often effective, can sometimes feel odd, as in the opening story ‘A Feather Pillow’, the ending of which reads more like a public health pamphlet than a denouement.

But these are minor quibbles. All in all, this is a masterful collection that lifts the lid on some of the deepest and darkest wells of human experience. It will linger with the reader long after it’s been put on the shelf. Highly recommended.

The Decapitated Chicken and Other Stories by Horacio Quiroga, translated from the Spanish by Margaret Sayers Peden (University of Wisconsin Press, 2004)