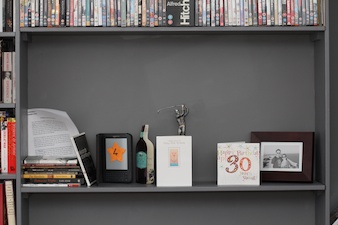 There can be few more fertile topics for a story than the reading of a will. For writers such as George Eliot and Henry James — to name but two — revealing how a deceased character has distributed his or her belongings is fraught with possibilities for drama, intrigue and dastardliness.

Often such scenes form the foundation for satire on the hypocrisy of families and the hollowness of human relationships, as professions of love and loyalties are stripped away to reveal naked greed. But it’s rare that these lampoons once rigged up are then dismantled to reveal the depth and subtlety that Cape Verdian writer and lawyer Germano Almeida achieves in this slender book.

Teetering on the grotesque at points, the narrative begins with the shock revelation that Senhor Napumoceno da Silva Araújo, a staid and respectable businessman in São Vicente, has left his warehouse empire to his previously unheard of lovechild rather than the nephew whose hard work and innovation helped him build it up. The discovery comes at the end of the reading of the 387-page will the tycoon has left to explain himself, and upon which the rest of the book is largely based.

What follows is a riotous, witty and at times anarchic account of da Silva Araújo’s life, which straddles the archipelago’s break from Portuguese rule in 1975. Told in a lively voice that roams in and out of characters’ thoughts, dipping between registers as it goes, the novel reads like a good gossip with the town’s best storyteller — one who has an eye for the ridiculous and makes no bones about dishing the dirt on his contemporaries’ ‘hanky-panky’ and hollow airs and graces.

Occasionally the fluid structure can make the narrative tricky to follow. Zooming between the near and distant past, with dialogue represented in the midst of the description as a kind of half-digested reported speech, and paragraphs that often stretch over several pages, the text has a breathless, chaotic feel.

Almeida knows what he’s doing though: pulling together the threads like a craftsman erecting a ship in a bottle, he reveals da Silva Araújo’s character in all its wistful complexity. The ending is extraordinarily poignant. Vulnerable, pathetic and yet somehow noble, Senhor da Silva Araújo quietly assumes the stature of the tragic hero — drawing on a legacy that stretches back to Miller, Shakespeare, Sophocles and Aeschylus, and yet is all his own.

The Last Will & Testament of Senhor da Silva Araújo by Germano Almeida (translated from the Portuguese by Sheila Faria Glaser). Publisher (this edition): New Directions