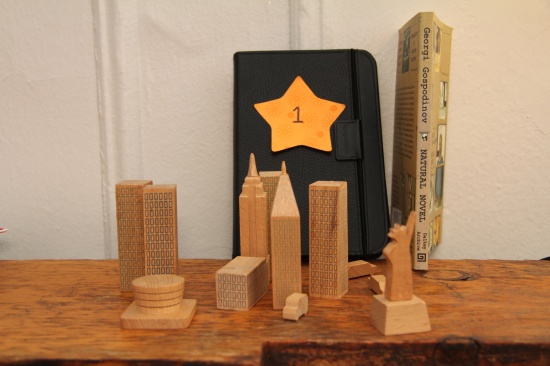 If the test of great literature is whether it gets people to think about doing things differently, then Laura Esquivel‘s 1989 novel Like Water for Chocolate is up there with the best. Packed with mouthwatering recipes for all sorts of Mexican delicacies, it tempts readers to leap up and run to the local delicatessen in search of chorizo, chilis and jalapenos on every other page.

There’s a good reason for the intensity of flavours spicing the narrative: centring on the heartbroken Tita, the last child in a family where tradition states that the youngest daughter must remain single and care for her mother until one of them dies, it charts the heroine’s mounting frustrations as she works day after day preparing food in the family kitchen unable to marry her sweetheart Pedro. But no-one has reckoned on the effect that all that pent up passion may have on a person’s cooking, and when Pedro becomes engaged to her sister Tita is unable to help her feelings infusing the delicious wedding feast, with surprising results.

There are many familiar ingredients peppering the pages: a dash of Cinderella here, a dollop of Salman Rushdie’s emotion-infused chutneys in Midnight’s Children there, and a whole handful of Lorca’s Bernarda Alba in the tyrannical figure of Mama Elena. Nevertheless, like the best cooks, Esquivel manages to bring her own twist to these tried and tested staples, creating something deliciously new.

We may think we recognise magical realism in some of the more outlandish features — the tears that flood a staircase, the quilt so large that it drags behind a carriage like a wedding train, the sex so incendiary that it sets fire to buildings (unless I’ve really missed out) — but a closer look suggests that something subtly different is at work.

Rather than magical elements blending with the real world, these events seem to be emotional projections from the characters themselves, which may or may not be happening. ‘The simple truth is that the truth does not exist; it all depends on a person’s point of view’, explains Tita’s gutsy older sister Gertrudis, in an uncharacteristically obvious aside.

Esquivel, however, leaves you to help yourself to the wider philosophical implications as you choose. Her central achievement has been to serve up an immensely satisfying read garnished with wit and originality, and so sensual that it is guaranteed to have you craving Mexican food. Bagsy the Christmas rolls!

Like Water for Chocolate: A Novel in Monthly Installments with Recipes, Romances and Home Remedies by Laura Esquivel (translated from the Spanish by Carol and Thomas Christensen). Publisher (Kindle edition): Anchor (2002)