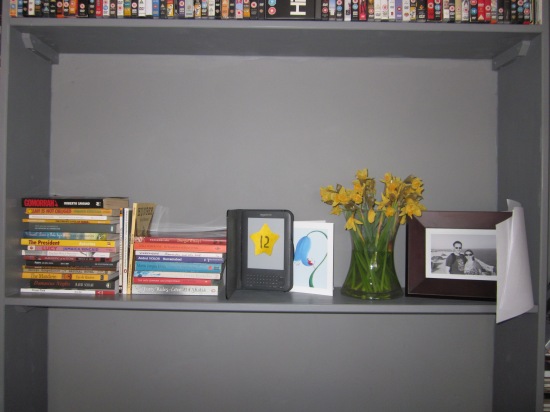 The further I get into this project to read the world, the more I appreciate the challenge facing translators working with books written in societies very different from my own. Not only must they endeavour to create engaging and faithful reflections of the original texts, but they must often also find a way of explaining objects, customs and even whole belief systems that may have no counterpart in their target audience’s culture without turning the narratives into anthropological essays.

Some, like May Jayyusi and Christopher Tingley, the translators of Ibrahim Al-Koni’s The Bleeding of the Stone, choose to tackle this with a brief notes section at the back, to which readers can defer for help decoding terms they may not have come across before. In other cases, as with Rajaa Alsanea’s Girls of Riyadh, cultural and linguistic differences lead to a substantial reworking of the translated text, with controversial results.

Few books, however, can have required more fancy philological footwork than YB Mangunwijaya’s Durga/Umayi. Not only does this novel satirise most of the major political events in Indonesia from the 1930s to the late 1980s, but it also draws on the region’s shadow-play tradition, weaving a number of Indonesia’s myths into the text. On top of this, as translator Ward Keeler explains in the introduction, Mangunwijaya has helped himself to all the different dialects of Indonesian spoken in the country, creating his own ‘zany style that is without precedent in Indonesian or Javanese literature’. Phew.

The basic premise — thank goodness — is relatively simple. Central character, Iin, a young woman opposed to the ‘cooking-cleaning-cuddling view’ of her sex, finds herself with a front-row seat at most of Indonesia’s key historical events, from before the time of independence from the Dutch, through the Japanese occupation of the 1940s and the horrific communist massacres of the 1960s and beyond.

Mirroring the events shaping her nation, Iin morphs from a young idealist into a hardened globe-trotter, cutting cynical deals that will never benefit the people she used to care for most and changing her dress, manner and even her face and body to fit each new scenario. Like the beautiful goddess Durga of the title — who finds herself transformed into the monstrous Umayi when she refuses to have sex with her husband Lord Guru in public — Iin loses her identity in her effort to assert herself.

As with all great satirists, Mangunwijaya has an eye for the ridiculous and a talent for plunging pride into bathos. So we hear of ‘the Nippon Armed Forces who were undefeated but then were’ and the lament of the peasant farmers: ‘Oh God, when is this freedom era going to end, begging your pardon’. Again, like the best satire, this merciless stripping back of pretension and propaganda proceeds from deep, humane anger at the injustices heaped upon normal people, which bubbles up through the text, aerating and stirring the narrative.

For all its brilliance, however, this novel does come with a health warning. Delightful though Mangunwijaya’s ‘verbal high jinks’ can be, they demand a lot. Sentences spiral off across page after page, leaving the reader trailing behind them, struggling to keep hold of subjects and objects, nevermind the overall sense. At times, searching in vain for a main clause, I found myself wondering if I had any idea what was going on at all, as though the language was forcing me to share the bewilderment of the Indonesians as regime change after regime change sweeps their land.

This is not a book to curl up with. It’s a book to concentrate on and frown at and read bits of several times over. The effort it is worth it though: this is easily one of the most inventive, urgent and passionate texts I’ve read. It’s also a testament to what skilled translators, the neglected heroes of the world literature scene, can achieve. Hats off to you, Ward Keeler.

Durga/Umayi by YB Mangunwijaya (translated from the Indonesian by Ward Keeler). Publisher (this edition): University of Washington Press (2004)