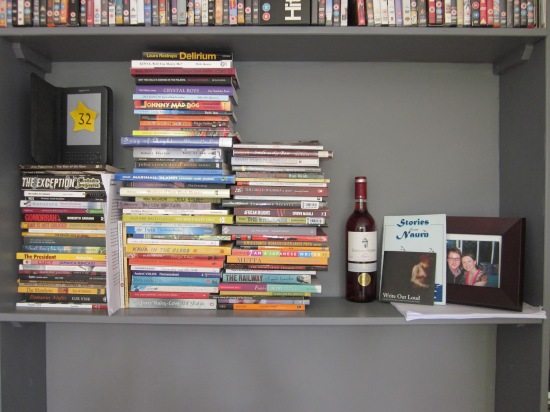 I’ve written before about one-author countries: states from which the work of only one writer seems to have been translated into English and/or received recognition on the world-literature stage. But the landlocked country of Kyrgyzstan, which apparently enjoys the distinction of being farther from the ocean than any other state in the world, is certainly up there with the best of them. Anglophone readers wanting to sample Kyrgyz literature will run up against the work of the country’s most famous author Chingiz Aitmatov, whose 1957 novel Jamilia made his name – and not much else.

So far, all my efforts to find translated alternatives to Aitmatov’s books have run into dead ends. If you know of another Kyrgyz writer whose work has been translated (or you know of someone who should be translated and want to get the word out), please leave a comment and tell me about them. In the meantime, partly because I wanted to see what all the fuss was about and partly – I’ll confess – because I really liked the picture on the 2007 Telegram edition, here’s what I thought of Jamilia.

Framed as an artist’s explanation of the story behind one of his paintings, the novel sets out the circumstances of a surprising love affair that springs up between the artist-narrator Seit’s sister-in-law Jamilia and disabled war veteran Daniyar back in Seit’s childhood. Charged with carting grain across the Kyrgyz plains to the railway station because the healthy men, including Jamilia’s husband, are away fighting on the front, Jamilia and Seit amuse themselves by teasing and tormenting the awkward Daniyar. But as time goes by, a deep bond springs up between the three of them that will make it impossible for them to stay in the traditional village that is their home.

A strong sense of obligation pervades the opening section of the book. Everything in the community, where ‘happiness[…] belongs to those who retain their honour and conscience’ and Seit’s father is ‘duty-bound to the spirits of his ancestors’, is codified and ranked, to the point where there are particular forms of address for each relative and even letters to and from the front must be written and read according to a set of rules.

Beneath this rigid and formal surface, however, strong currents surge. From the sinister sexuality of the lone men who eye Jamilia, to the horrors of war that ‘formed a hard clot deep in [Daniyar’s] heart’ and keep him silent, the books is full of unspoken intensity. Often sublimated into passionate outpourings on the beauty of the natural world and haunting singing from Daniyar, these hidden seams of feeling imbue tiny actions with huge significance. A look, a touch, a head rested on a shoulder reverberate like the blasts of the weapons being fired far away across the steppe in this hushed, restrained world.

And so it is that, by observing the silent drama playing out between the two young adults, Seit discovers his passion for expressing unspoken emotions through art. ‘Words were not necessary; besides, words can never quite express a person’s feelings’, he explains, going on to describe his desire to capture ‘the truth, the truth of life, the truth of those two people’, in what is surely one of the most subtle and touching depictions of the development of an artistic sense we have.

Now and then the flashbacks feel stilted. In addition, some of Aitmatov’s more hackneyed tropes wear a little thin. Personally I could have done without the storm the night Jamilia and Daniyar consummate their love.

Overall, though, this is an extraordinarily beautiful book. If this novel is at all indicative of the quality of Kyrgyz writing, it’s definitely time we English-language readers had access to some more.

Jamilia (Djamilia) by Chingiz Aitmatov, translated from the Russian by James Riordan (Telegram, 2007)