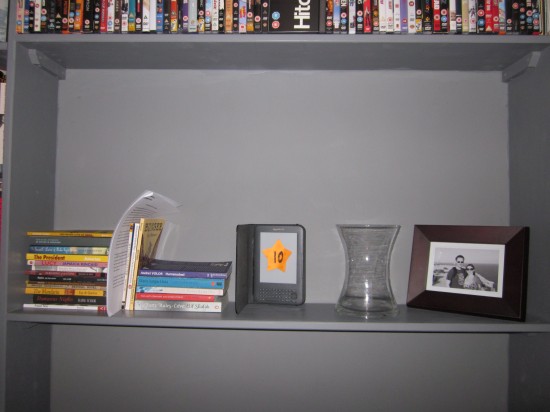 I have a confession to make: I’ve never been to a book group. In fact they fill me with dread.

I’m not quite sure why. Maybe the workshop process on my master’s course inoculated me against any desire to sit in rooms talking about books with all but a very few close friends or maybe it’s that I prefer to organise and express my thoughts through writing rather than speaking. More likely it’s because I’m not actually very good in groups — I have a bad habit of disengaging and clamming up when a line of conversation makes me impatient or gets pulled in too many directions.

Nevertheless it’s clear from people I speak to and visitors to this blog that book groups are a valuable way for readers to share their enthusiasm for literature and to discover works that might otherwise have passed them by.

This is particularly true in a place like London, where people of all sorts of cultural and national backgrounds can meet and mingle to swap ideas. So when an old university friend told me that she had particularly enjoyed a novel by young writer Alejandro Zambra that she read for her book group recently, it seemed like the perfect suggestion for my Chilean book.

Spanning a single night, The Private Lives of Trees follows aspiring-novelist-turned-literature professor Julian as he waits for his wife Veronica to come home from her drawing class. His stepdaughter Daniela is in bed and he is telling her a bedtime story, but, as the hours pass and the idea of Veronica’s return becomes an increasingly forlorn hope, the comfortable domestic scene snags and unravels, sending Julian groping through a gallery of memories and paranoid projections in an effort to stave off the horrid realisation that his life is changed for good.

Zambra’s skill lies in making a non-event — Veronica’s failure to appear — the central action of the novel. Normally books in which very little happens suffer from a lack of tension for which their rich arrays of literary insights struggle to compensate. Here, however, the drama builds, tautening the sinews of the narrative in line with Julian’s nerves as he strains to hear the familiar sound of his wife coming through the door.

For all its tension, the book also manages some flashes of comedy that vary the register nicely. This is helped by the arch narrative voice, which hovers half in and half out of Julian’s head and tantalises the reader with startling statements delivered in a cavalier, off the cuff way — ‘For now suffice it to say that during those years Julian pretended not to have a family’ it informs us at one point before sweeping on to other matters.

One or two of the devices are a little stale. The section where Julian tells himself what would happen ‘if this were a novel’, for example, has been done too many times by other writers for it to retain the dramatic irony it needs.

For the most part, though, this is an engrossing story told by an inventive and subtle writer in a sharp and skilful translation. I enjoyed it very much. Perhaps it’s time I thought about giving book groups a go…

The Private Lives of Trees by Alejandro Zambra (translated from the Spanish by Megan McDowell). Open letter (2010)