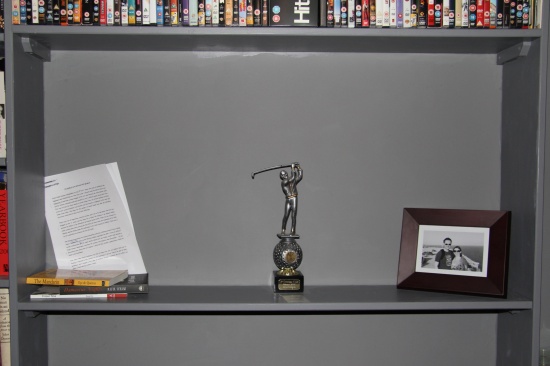 If you could make yourself rich beyond your wildest imaginings by ringing a bell would you do it?

What if ringing that bell caused the death of someone you’d never met on the other side of the world?

Such is the dilemma facing the unlikely hero Teodoro, an impoverished scribe at Portugal’s of Internal Affairs and Education department, in the title of story of this collection by Portuguese writer José Maria Eça de Queiroz.

Confronted with this choice (a reworking of the ‘mandarin paradox’ first posed by French writer Chateaubriand in 1802) late one night after a Mephistophelian character appears in his bedroom, Teodoro gives in, half-believing that he is dreaming. Then a messenger arrives with bank drafts making over the fortune of recently deceased Mandarin Ti Chin-Fu to him, setting in motion a carnival of excess and guilt that ultimately leads to our hero travelling to China in an attempt to make amends for what he has done.

Eça de Queiroz is widely hailed as Portugal’s greatest 19th century novelist, yet there is a freshness to his writing which makes it seem much more recent. Where English authors such as Hardy and Dickens point to the loosening grip of Church teachings on the popular imagination, Eça de Queiroz comes right out with the assertion that ‘Heaven and Hell are social concepts created for the sole use of the lower classes’, albeit hedged round with the private superstitions and blindspots of each of his characters: self-professed atheist Teodoro, for example, makes regular offerings to his patron saint, our Lady of Sorrows.

In addition, the difficulties Teodoro encounters trying to repay his moral debts to the community he has wronged find echoes in many of the debates about global development and aid today. Initially hoping to salve his conscience by making a donation to the state, he is warned off this course of action by the Russian ambassador in words that might have been spoken yesterday (if not in relation to China):

This freshness, blended with lyricism and spiced with sardonic insights into the hypocrisy and blindness of humanity, flavours the whole collection. Playful and experimental, Eça de Queiroz  delights in turning on his readers at points, challenging them with the same quandaries he poses his characters, a technique he takes to its limits in the final story ‘José Matias’ by putting the narrative in the second person, thereby plonking the reader into the carriage right next to the narrator. Even the least successful piece in the collection ‘ The Idiosyncrasies of a Young Blonde Woman’, which is more of an extended character sketch than a fully realised story, is lively and compelling.

I shall return Eça de Queiroz (probably in about 2020, when I get through the backlog of all the other wonderful things I’m stumbling past during this attempt to read the world). Thanks to Silvia for the recommendation and for lending me the book.

The Mandarin and Other Stories by José Maria Eça de Queiroz (translated from the Portuguese by Margaret Jull Costa). Publisher (this edition): Dedalus (2009)