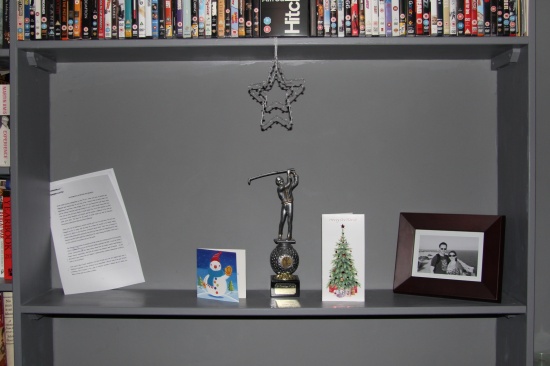 New Year is a time for fresh starts. And they don’t come much fresher than in South Sudan, where, since declaring independence from Sudan in July 2011, the leaders of the world’s most recently declared sovereign state have been getting to grips with all the challenges that come with establishing a brand new country from scratch.

As I discovered when I interviewed senior civil servant Deng Gach Pal around the time of independence, these challenges are particularly formidable in South Sudan. Ravaged by 21 years of civil war, much of the country lacks the most basic infrastructure, with roads, schools and hospitals few and far between. In fact, when I phoned the country last month, I still had to use the old Sudanese dialling code to get through. And as today’s sad reports of infighting have shown, even peace itself is brittle and intermittent.

Small wonder, then that, as far as I could discover there has been little, if any, literature published in the country’s short history (under the terms of this project anything published before the date the country was established would not count).

I did find some mention of a Writers’ Association of South Sudan on the internet, but beyond their draft constitution, dated 8 July 2011, I couldn’t find any more information about them (if any South Sudanese creative writers would like to get in touch, it would be great to hear about what it’s like building a national literature from the ground up).

So I was honoured and delighted when the Chair of the Civil Service Recruitment Board in South Sudan, Julia Duany, agreed to write and record a story for the launch of this project. A former refugee and research associate at the University of Indiana, Duany published her memoirs Making Peace and Nurturing Life: Memoir of an African Woman about a Journey of Struggle and Hope in 2003. She returned to South Sudan in 2005 to help prepare for independence, spending five years as Undersecretary in the Ministry for Parliamentary Affairs.

Here, reading in English, South Sudan’s official language, Duany remembers the aftermath of the conflict that she describes as a ‘pantomime of hell’ in her homeland and looks forward with hope to a brighter future as the South Sudanese celebrate their first ever New Year.

‘To Forgive is Divine Not Human’ by Julia Duany. Publisher: ayearofreadingtheworld.com (2012)